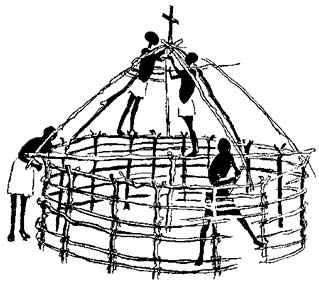 The Comboni Missionaries, more usually known as the Verona Fathers, are an international missionary order of priests and lay-brothers founded in 1867 by St Daniel Comboni. They draw their members from thirty-five countries and their work is mainly in Africa, Central & South America and in Asia.

Their aims, as Missionaries, are as follows:

To proclaim the Gospel where Christ is unknown.

To foster Gospel values, especially those of justice & peace.

To promote human development, both spiritual and material, through pastoral and socio-economic projects in the Missions where they work by extending:

+ education both formal and vocational for boys and girls.

+ access to clean water essential for healthcare, from hand-dug wells and boreholes.

To serve and support the young Churches they have established, by building churches and local priests’ houses, training priests and catechists.

To encourage and create conditions for material and spiritual self-sufficiency.

Twenty-five Comboni Missionaries, namely twenty-two Priests, two Sisters and a Brother have been killed in the last fifty years in various parts of Africa and South America while carrying out their missionary vocation.

The missionary outreach of the universal Church is an essential part of her nature and activity to which all Christians are called. It is also a venture that requires co-operation as well as faith and prayer.

The Comboni Missionaries therefore kindly request your generous support, both spiritual and material, in order for their work to continue throughout the world. In this way, you too can become partners in the spiritual, material and social development of people in the countries in which we work.

Donations can be made on our website HERE or by contributing to the basket collection in the church this weekend, or by sending a cheque to:

Thank you all and may God bless you and your families,

Fr Franco (For the Comboni Missionairies in England and Wales)

Fides, the news agency for the Congregation for the Evangelisation of Peoples has released a report that states that in 2021, twenty two Catholic Missionaries were murdered: thirteen were priests, two were women religious, one was a male religious and six were lay people. Half the total was killed in Africa.