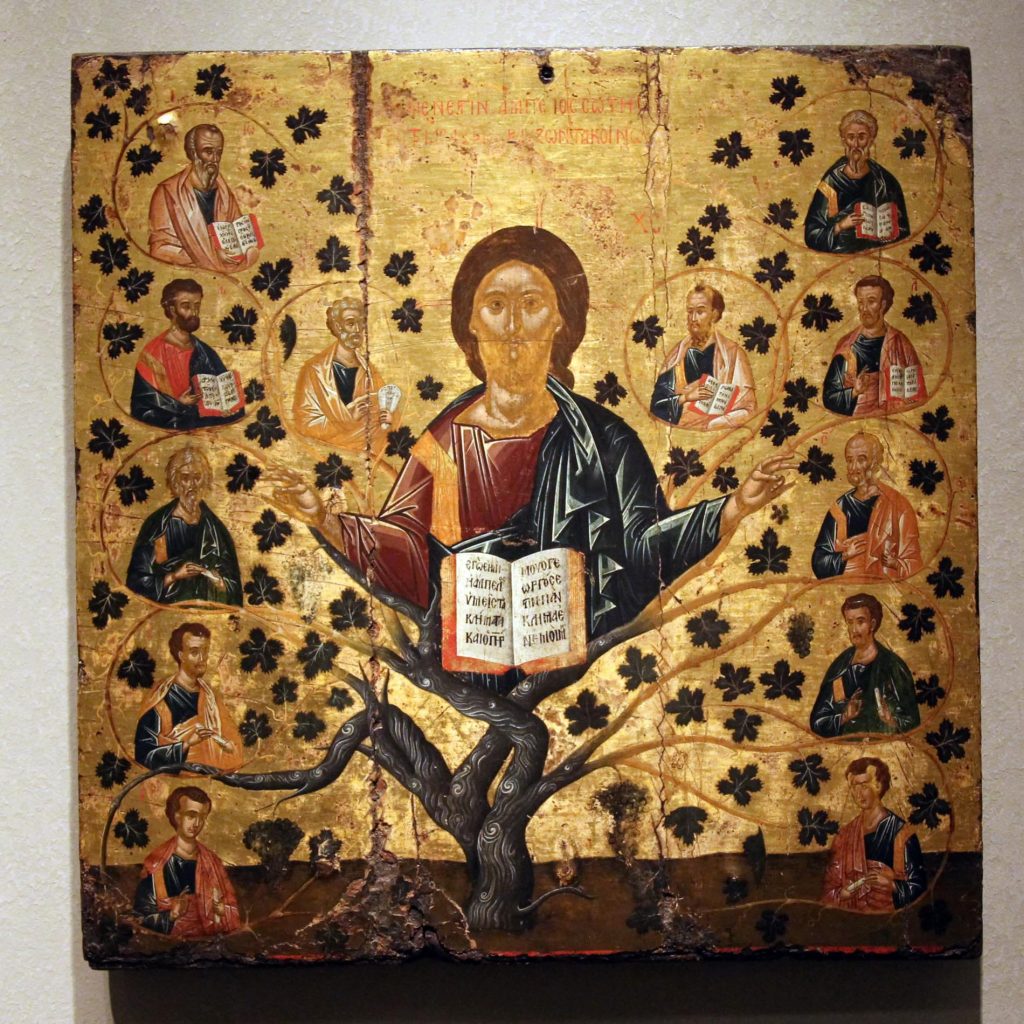 Fifth Sunday of Eastertide: Jesus in John chapter 15 talks of himself as the ‘true vine’. This imagery speaks of the Church and also points to the Eucharist.

One of the most important reforms to the liturgy brought about after the Second Vatican Council was the extending of permission for laypeople to receive the Precious Blood at Mass. Local Bishops Conferences have to seek permission from the Holy See, which is why it is not universal; and in practice even in countries where there is general permission (such as England and Wales) it’s up to the local parish priest. I am not sure about this but I think in the 1970s St Edmund’s was a pioneer parish for offering the chalice to everyone at all Masses (Monsignor Strand was a keen liturgist) and we have a large number of Eucharistic ministers who carry out a very valuable ministry. They are authorised by the archbishop and what they do is valued and esteemed in this diocese – normally Holy Communion is given under both kinds in our cathedral and at all diocesan celebrations.

Catholic teaching is that we receive the Body and Blood of Christ under either form, so if we receive only under one kind we’re not being deprived spiritually. At the same time for laypeople to receive from the chalice is better symbolically in terms of the relationship between the Mass and the Last Supper. It is officially encouraged here in the document about the Eucharist issued by the Bishops Conferences published in 1998, ‘One Bread, One Body.’

Permission to administer the chalice to laypeople and deacons was suspended for safety reasons at the beginning of the pandemic; as is the case with many other things, it is one of the ways in which our worship at the moment is not ideal. Hopefully when restrictions are lifted it will be possible again for laypeople and deacons to receive from the chalice in line with the mind of the Church and the practice of good liturgy. Please pray for our dedicated special ministers, whose overall ministry has been effectively suspended for such a long time now – we look forward to welcoming you back to your ministry when we can!

God bless, take care and have a good bank holiday