St Paul Miki and his Companions

St Paul Miki and his Companions 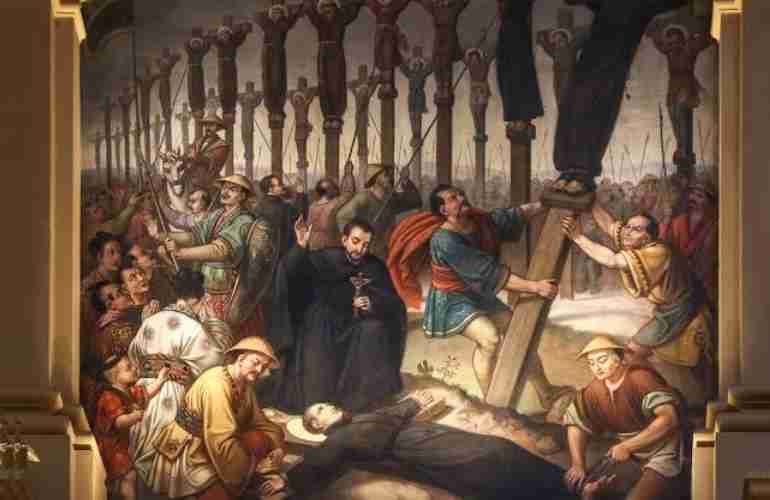 Today the Church honours St Paul Miki and his twenty-five companions, martyred by being crucified in Japan, in the year 1597. Jesuit priests had brought the Christian message to the country and Paul Miki had been educated by them. He himself was a seminarian at the time of his death. The persecution seems to have been the result of the missionaries’ success, causing the emperor Toyotomi Hideyoshi to fear the influence of the Jesuit order and of Europeans. I need to apologise for an error in my homily at Mass this morning, when I said they were canonised recently, in the 1960s; in fact they were canonised by Pius IX in 1862.

The martyrdoms took place at Nagasaki, and this city has remained the centre of Catholicism in Japan; a name which also speaks of the horrific dropping of the second atomic bomb on the city on 9 August 1945.