Feast of St Thomas the Apostle

Feast of St Thomas the Apostle 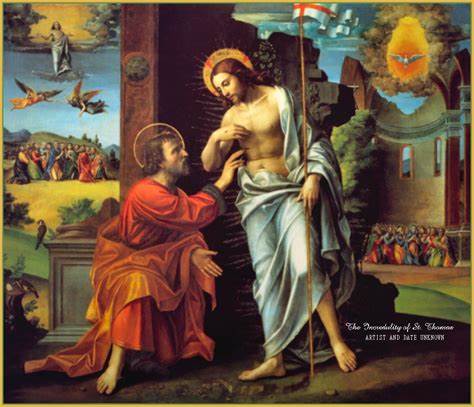 Today is the feast of St Thomas the Apostle, ‘doubting Thomas’, as he is sometimes called, because of the incident in John’s gospel after the resurrection of Jesus (John 20) when he says he won’t believe that the Lord has risen until he can see and touch his wounds. A week later he’s able to see the risen Christ and exclaims ‘My Lord and my God!’ As we often experience doubts in our own lives or even in our faith, he’s often a source of strength and reassurance.

He doesn’t reappear in the New Testament but traditionally he’s thought to have taken the gospel to India: here is his tomb in Kerala, with which I am sure some of you are familiar. A good day to pray for the people of India and the Christian minority 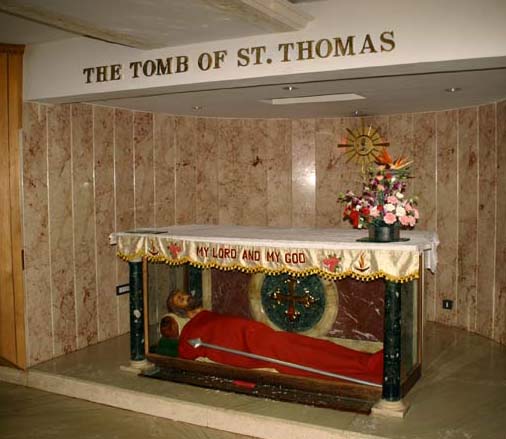 there at these very difficult times.