The Feast of Corpus Christi

The Feast of Corpus Christi 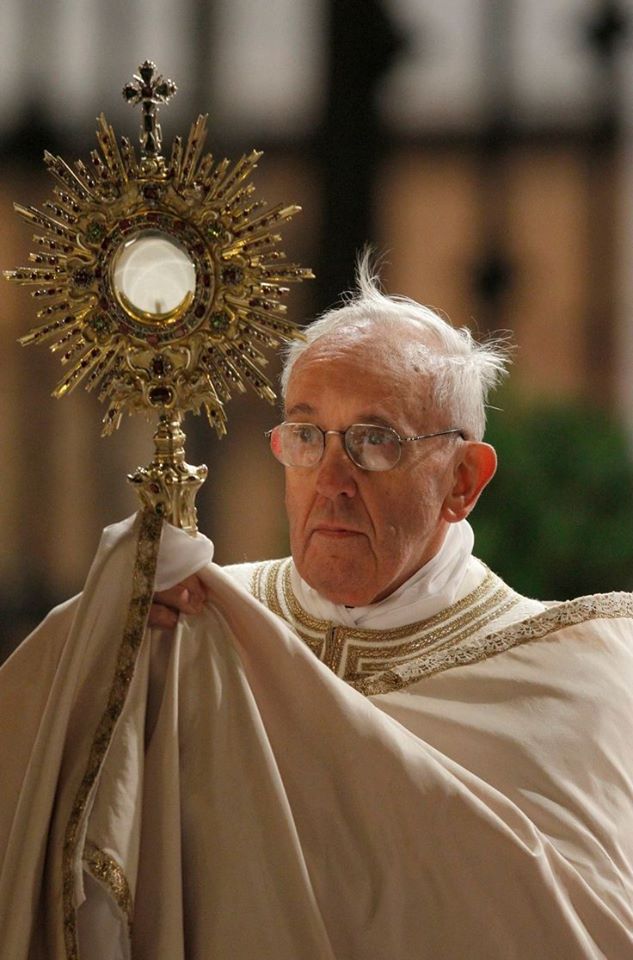 In this country we keep today (rather than last Thursday) the feast of Corpus Christi. This feast developed in the Middle Ages as a way of marking even more joyfully what we celebrate on Maundy Thursday – the institution of the Eucharist by Jesus at the Last Supper. It also celebrates belief in the Real Presence of Jesus in the Mass, the doctrine we call Transubstantiation. The special hymns for today, some of which we sing regularly at Benediction, were composed by St Thomas Aquinas who did so much to deepen our understanding of this dogma.

Catholics in the UK and Ireland have a special reason to celebrate this belief. This is because of the ‘Test Acts’ passed by Parliament at the end of the 17th century, designed to exclude Catholics from public and political life. Ingeniously the legislators found a way to ‘smoke out’ Catholics by identifying a central belief of Catholics: so for nearly 150 years those taking office in politics, the Law and the armed forces had to take an oath which among other things explicitly denied the doctrine of Transubstantiation.

Our understanding of this feast day, and of the doctrine, is bound up with being physically present at Mass and being able to receive Holy Communion, which for most people in this country has not be possible since late March. From tomorrow you will be able to come into church and pray before the Blessed Sacrament exposed on the altar – Cardinal Nichols in his homily at Mass broadcast today in Radio 4 spoke of this as a ‘time of grace.’ You may find the restrictions difficult, but the grace we receive in the Lord’s real presence is bigger than they are, so we hope that for some at least of you this will be helpful. Remember that the church will only be open from 1030am – 12 noon and from 4pm – 6pm during the week.

I have put up the link elsewhere for the Mass this morning from Westminster Cathedral and the cardinal’ inspirational homily*.