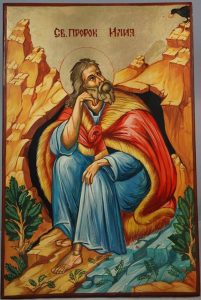 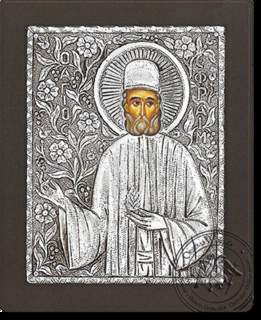 Not many deacons have been canonised or occur in the universal calendar of the Church. Ephraem the Syrian, whose feast day is today, was also a major theologian of the late 4th century – a contemporary of major Greek and Latin theologians like Basil and Ambrose, but much less well known. What he was renowned for was hymns written in Syriac – still used in Syriac liturgy today – and also, as characterises the ministry of deacons, untiring service of the poor in the city of Edessa (now the city of Urfa in Turkey, near the Syrian border). The feast day reminds us of the rich heritage of Syriac Christianity, still alive in Syria though very fragile and damaged in recent years by massacres and the destruction of churches. In honouring St Ephraem we should also pray for deacons – especially Sean and Duncan in our own parish, and Sandy and Ray who are in formation – and please pray for those of us responsible for their formation. A crop of new students on our programme in the southern dioceses have just started.

Yesterday at weekday Mass our readings changed gear. The first readings now shift back to the Old Testament historical books as we begin the story of the prophet Elijah (from 1 Kings 17). Elijah is a major figure in the consciousness of the people of Israel, one of the first prophets we really know much about, fearless in his conflict with the idolatrous and unjust King Ahab and his Queen Jezebel – his life immortalised for Victorian concert goers in Felix Mendelssohn’s great oratorio which bears his name. The gospel readings move this week from Mark to Matthew, and we plunged yesterday into the teaching ministry of Jesus with the Sermon on the Mount, the Beatitudes.

This week our year 6 pupils at St Mary’s were due to be on school journey (with me) at Hayling Island. It’s disappointing for them so please remember them in your prayers