Some years ago on this day at Mass in St Edmund’s I commented in my homily that today’s saint reminded us of the Catholic Church’s commitment to European unity. A very faithful worshipper, who has now gone to his rest, was so offended by this remark that he asked to speak to me afterwards. But it’s true: the 7th-8th century ‘Apostle of Germany’, St Boniface, shows how Christianity has always dissolved national and ethnic boundaries. He was born in Devon, in Crediton, became a monk and began his missionary activity in what is now The Netherlands; then he got the pope’s blessing to evangelise the German tribes, becoming Bishop of Mainz. There is a tradition recounting that he chopped down a tree which the Germans worshipped as a god (shown here), said by some to be the origin of the Christmas tree. He was martyred in 754 and is the patron saint of Germany. 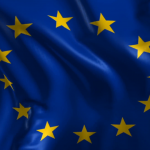 In the second half of this week we have been hearing at Mass from the Second Letter to Timothy, This letter, attributed traditionally to St Paul but much later in the 1st century, shows us the early organisation of the Church around bishops like St Timothy who were successors of the apostles. Today’s reading (2 Timothy 3:10-17) is appropriate for the current ‘Year of the Word’: ‘All scripture is inspired by God and can profitably be used for teaching, for refuting error, for guiding people’s lives and teaching them to be holy.’ Although our churches are closed, we are still able to draw on the Bible in this way as the author urges.