St Edmund's RC Church, Beckenham > News > General > “Give back to Caesar what is Caesar’s and to God what is God’s” 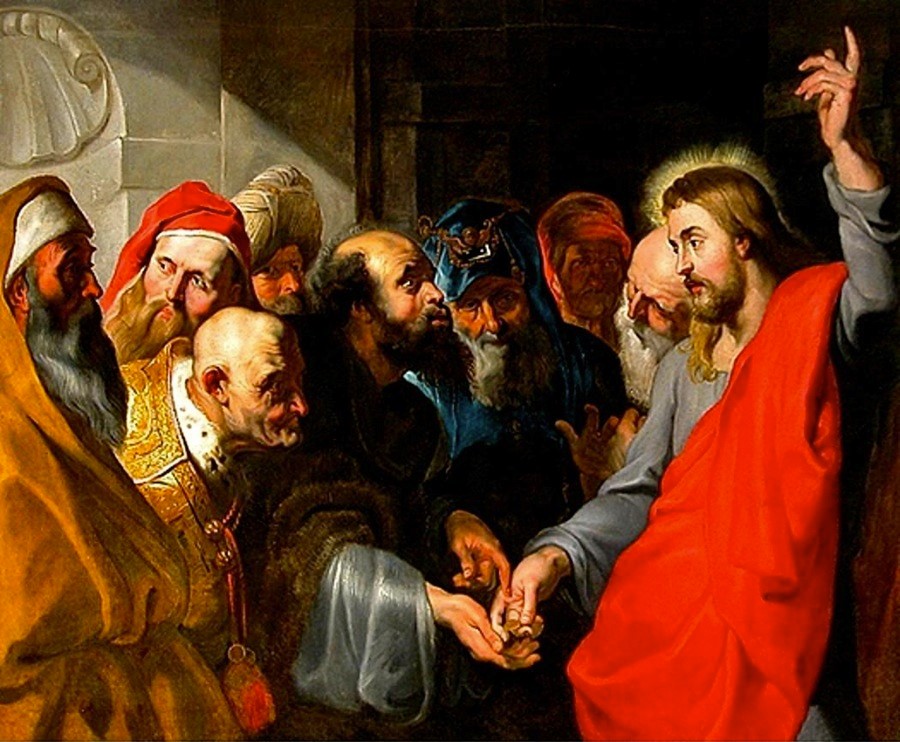 Today’s gospel reading (Mark 12: 13-17) is well known, but at the same time a passage so often spectacularly misunderstood and distorted. The encounter between Jesus and the Pharisees and Herodians (two groups who loathed each other) about the payment of taxes to Caesar has always excited the imagination. In any State the raising of money through taxes is one of the things which defines public authority – and at the same time has always aroused resentment, and even more so in a subject or colonised community. In first century Palestine no one would have said ‘No taxation without representation!’.

The words of Jesus were the motto of the Far Right Falangist Party in the Spain of General Franco, dictator in that country from the time of the Civil War in that 1930s until his death in 1976. It is also claimed by many that this incident was a favourite passage of the late Margaret Thatcher. They have been consistently misused as a way of enhancing the power of the State and its authority over people’s lives, as if to suggest that Jesus is setting up or endorsing a compartmentalised approach to life. People of a Falangist frame of mind have used this passage to seize control of the physical and material aspects of life – like running countries and fighting wars, leaving to the Church to the ‘spiritual’ side of life. This division of life has almost always suited the State, which gets a free hand to do what it likes, and sadly has sometimes suited the churches, which have a quiet life. It doesn’t fit at all with the whole body of Jesus’ teaching, or of what we know about the life of the ancient world, where division between the religious and the political would have been unintelligible. What Jesus is saying here is that you give to God what really matters; Caesar can have his money, it’s not meant to be important in our lives. The Lord is putting Caesar in his place; God is more important than the State.

In a time of crisis the State inevitably takes greater power, and most Christians would concede that this is necessary to protect the weak and the sick. But we need to be careful and keep the State in its place – particularly when its powers are not being used to defend the weak and the sick. Then it becomes what the coin with the emperor’s head is all about: the importance and power of money.