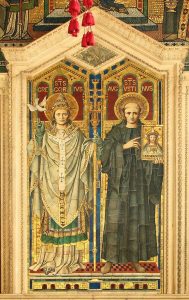 Today is the feast day of St Augustine of Canterbury, secondary patron of our archdiocese of Southwark, shown here in a panel in Westminster Cathedral alongside Pope St Gregory the Great, who sent him to England in 597 to re-evangelise the country. He had been a monk in Rome and Abbot of the monastery of St Andrew on the Caelian Hill. He landed in Kent and was rapidly successful at establishing Christianity in the kingdom, making his own based in Canterbury – he’s our patron saint because Kent is now in the Southwark archdiocese. He also set up the basic structure of dioceses in England which lasted more or less until the Reformation; he died after 8 years ministry in England.

We don’t know much about what he was like and he didn’t leave any writings (unlike Pope Gregory); his importance is very clear, which has been 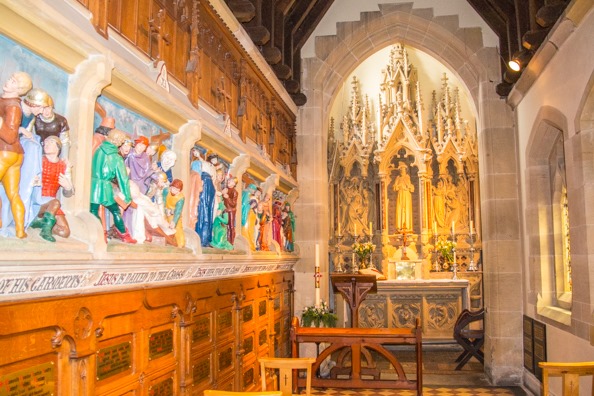 strengthened with the establishment in recent years of the diocesan shrine to him at Ramsgate (our old friend Fr Simon Heans now works there) which also houses the National Pugin Centre (Pugin built the church and is buried there). The interior of the shrine church is shown here.

The current crisis brings into perspective the priority to try and re-evangelise this country as Augustine did 1400 years ago. His feast day also reminds us of the strong historic links between the Church in England and the Holy See, stemming from Augustine’s mission – sundered at the Reformation but now strong again amongst Catholics. In the current crisis we have gained so much from the worldwide ministry of Pope Francis, Gregory’s successor, so we should pray for him today; also for Augustine’s successor Archbishop John Wilson. 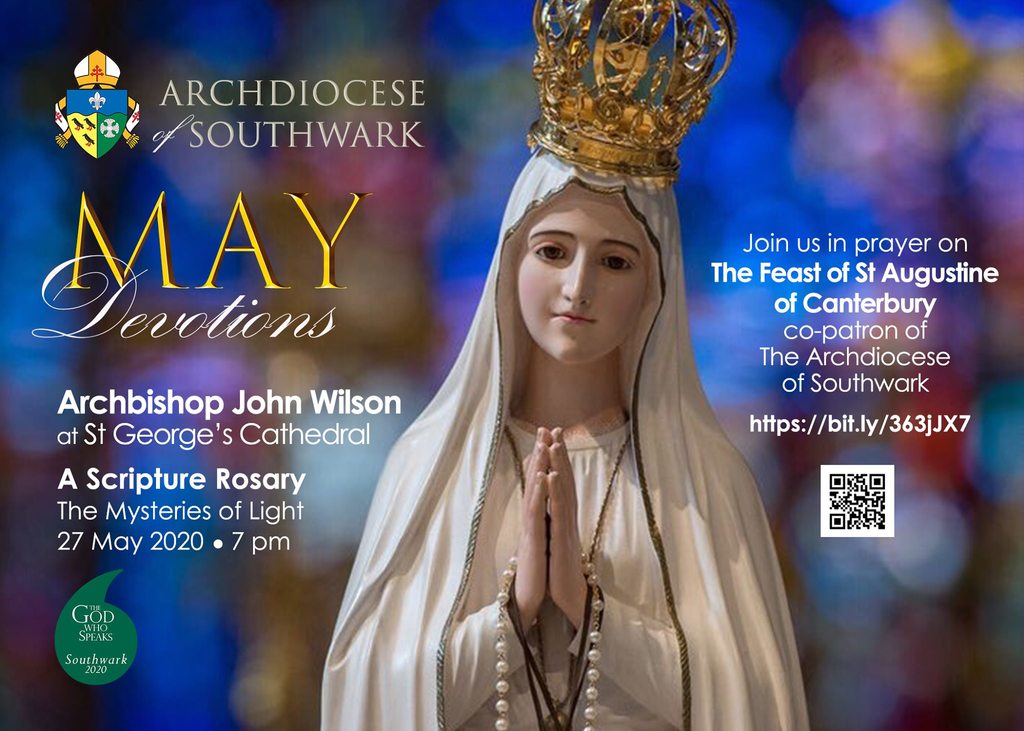