Divinity and the Classics

Divinity and the Classics 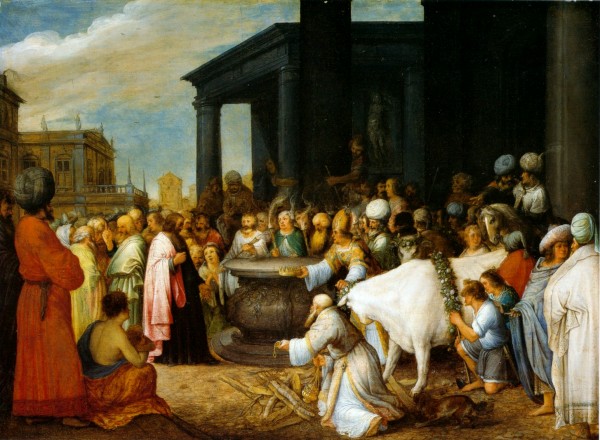 I remember at school that going slowly through the text of Acts was a very good grounding in what was then called ‘Divinity’ – we had to draw maps of St Paul’s various missionary journeys; the rather odd things which sometimes happen in the story can excite a young imagination. So in today’s first reading at Mass (14:5-18) we read how in the towns of Lystra and Derbe the apostles heal a crippled man and are consequently identified by the locals with the Greek gods Zeus and Hermes. This horrifies Paul and Barnabas and gives them a cue for a speech denouncing false gods.

When I was at school and university I enjoyed studying Classics which meant encountering quite a lot about Zeus and Hermes. The influence of classical culture, including the exploits of the Greek and Roman gods, has been considerable in this country. Unfortunately at times the things which the gods stood for – such as absolute power, treating women as objects, deceitfulness (this was a particular attribute of Hermes) and violence – also conditioned much of the culture of the largely private school system where the study of Classics was important.

While it’s important to study Classics in my view we also need to remember that Christianity and Jesus Christ put before us a much better vision of what is good in life than the gods of Greece and Rome; and that’s what Paul and Barnabas are saying today. We might have a chance in ‘lockdown’ to think about what the values are in life which really matter, which are really good – and recognise falsehood and bogus values when we see them.