‘I am the Way, the Truth and the Life’

St Edmund's RC Church, Beckenham > News > General > ‘I am the Way, the Truth and the Life’

‘I am the Way, the Truth and the Life’

Today’s gospel reading, John 14:1-6, is one of the best known passages in John, often read at funerals: its last words ‘I am the Way, the Truth and the Life’ used to be seen on evangelistic adverts on the Underground. Jesus at the Last Supper is trying to cheer his disciples up (‘Do not let your hearts be troubled’) by assuring them about his unique relationship to his Father. Christianity has always asserted this uniqueness.

In Acts 13;26-33 St Paul continues his preaching to the Jewish leaders in Antioch, depicted here by Raphael. Again, the stress is on the uniqueness of Jesus, raised from the dead. 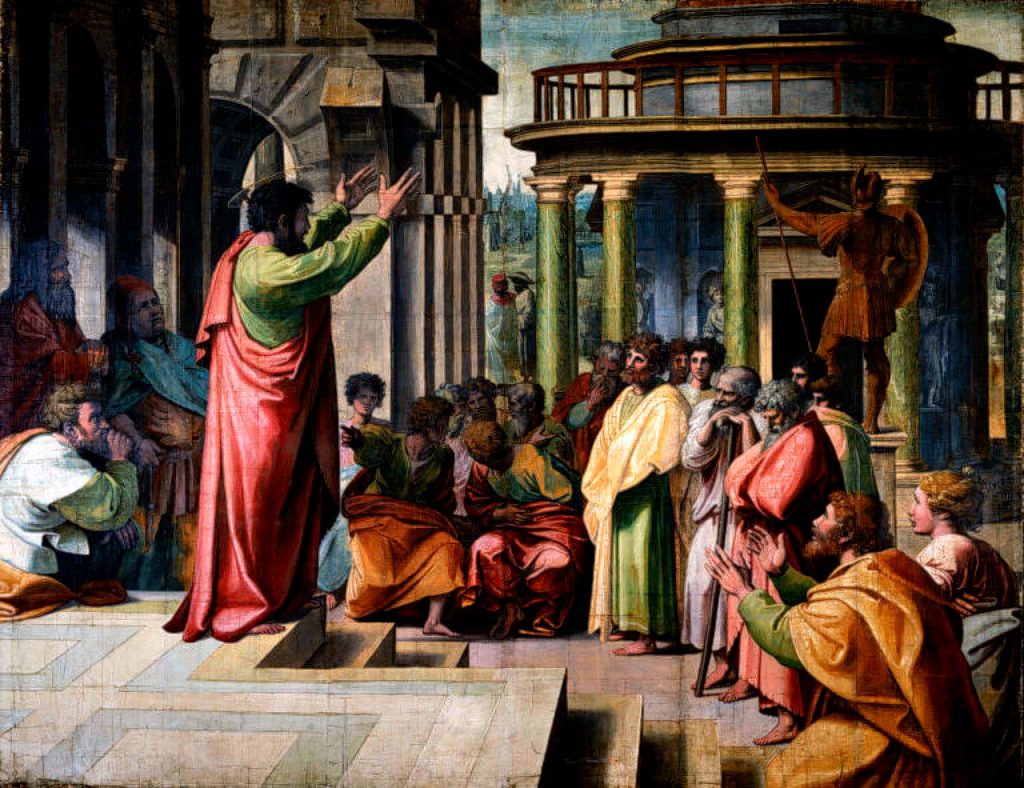 It is a sad truth that when people, or societies, abandon religious faith, a substitute comes into existence. We have been reflecting today on the end of the Second World War in Europe seventy five years ago. Regimes like Nazi Germany, ‘prostrate’ that day (as Winston Churchill said in his broadcast) were characterised by a false religious faith: Christianity, such a strong thread in the history of the German people, was replaced by an exalted ideology of the State, an ideology based on violence and race hatred. A lesson of today is surely that populist nationalism has not gone away in the last seventy-five years. This is what happens when people walk away from the ‘Way, the Truth and the Life.’

The cardinal’ s homily at the Mass he celebrated this morning (details below) is worth hearing if you haven’t already.