From Peter to Paul

From Peter to Paul 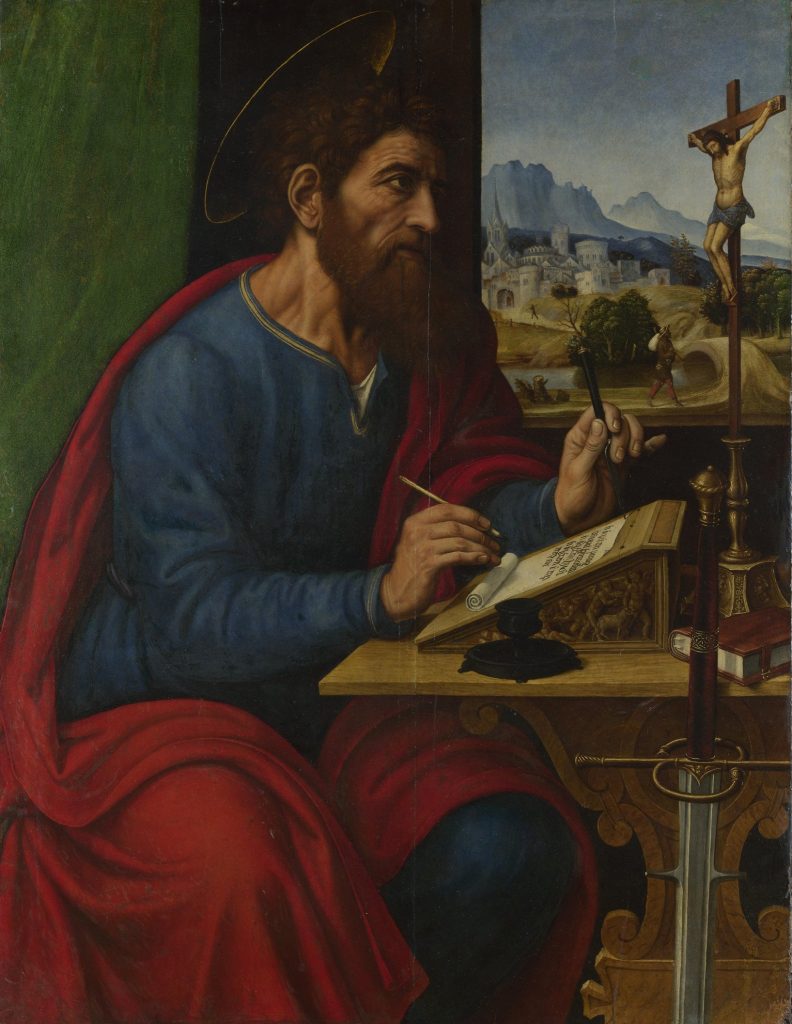 As you know we hear every day at Mass from the book of Acts. From roughly the point reached today (13: 13-29) the spotlight moves from Peter and the disciples who have received the Holy Spirit in Jerusalem, to their former persecutor Saul of Tarsus, now renamed Paul, (shown here in the painting by Sacchi), rightly seen as the most influential figure in early Christianity after Our Lord himself. At chapter 13 we begin hearing about the mission of Barnabas and Paul, sent out by the apostles to take the Christian message to those who were not Jews.

St Paul’s importance is because of his letters written a good twenty years before Acts and the earliest texts in the New Testament. In today’s reading we encounter the first of his speeches in Acts: not unlike the earlier speeches of Peter (the speeches in Acts are an important academic issue in terms of our knowledge of the book) he is concerned to place Jesus in the context of the history of the Jewish people – Moses, Samuel, Saul and David. And, as with earlier speeches in the book, the proof of where Jesus is in this narrative is the resurrection. That’s why Acts is so important in the Easter season.

The gospel reading (John 13:16-20) continues yesterday’s Passover theme, as Jesus has just washed his disciples’ feet at the supper at which they celebrate the feast. It turns the expected Passover imagery – centred not so much on a sacrifice in the Temple as on a family meal – on its head when the Lord says, referring to Judas, ‘Someone who shares my table rebels against me’, a quotation from Isaiah.