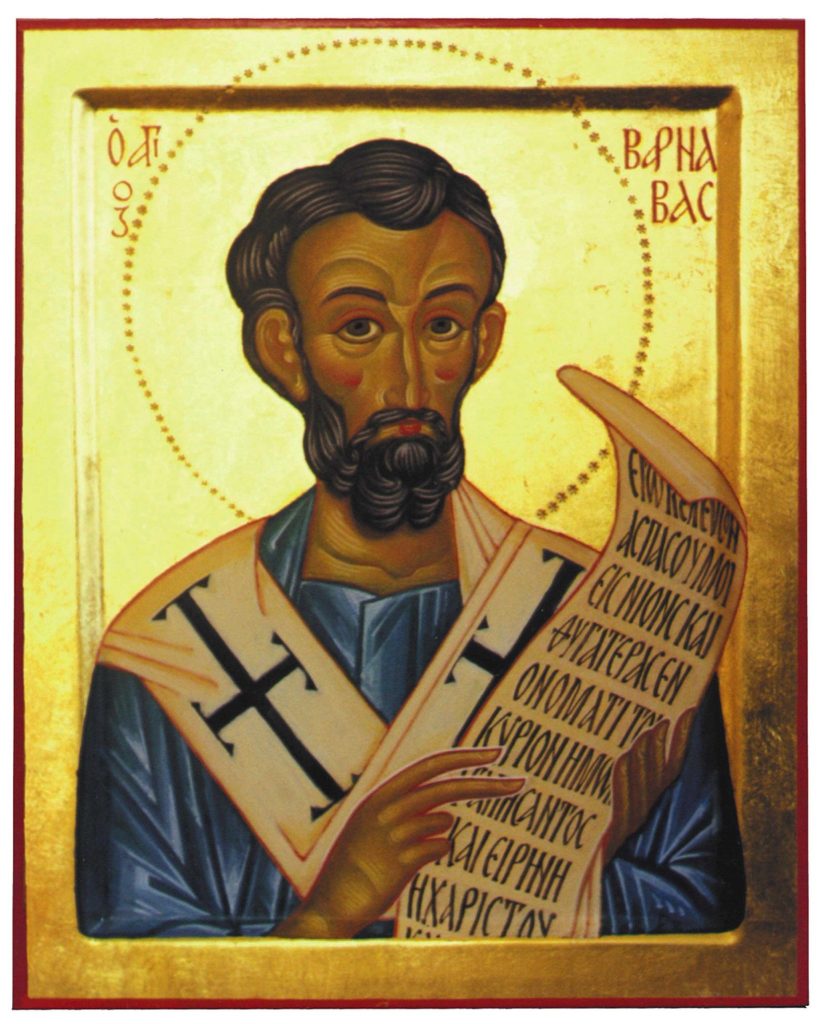 Today’s first reading from Acts (11:19-26) describes how, because of the persecution which broke out after the stoning of St Stephen many of the earliest disciples move away from Jerusalem and the surrounding area – various parts of the eastern Mediterranean. This is seen as providential, a sign of God’s grace – hence the mission of Barnabas (shown in an icon here) to the Syrian city of Antioch, which will in due course become one of the most important Christian cities. And it’s here, we’re told, that believers are first called ‘Christians’ (as opposed, it would seem, to the more derogatory ‘Nazarenes’).

I wrote yesterday about our distinctiveness as believers and it’s part of how we reflect about our discipleship in this strange period. The term ‘Christian’ has actually become rather imprecise: while historically we can see from today’s reading that it applies to one who has a committed faith in Jesus Christ, often taking risks because of that faith, in our culture it’s applied to almost anyone with a vague sense of religious belief who isn’t a believer in any other religion; it’s almost become a moral category, like being kind to animals. The popular and rather defensive English saying, of uncertain origin, ‘you don’t have to go to Church to be a Christian’ encapsulates this outlook. Another even more meaningless ‘bon mot’ is ‘After all, we do live in a Christian country.’

Mission and evangelisation, at the heart of the narrative of Acts and of the Easter story, has to start from know where you are; if you’re over optimistic about where you are evangelising you won’t get very far. While technically and canonically anyone who’s baptised is a Christian, we all know that for most people to whom this applies it means next to nothing. This is not to criticise or apportion blame: it’s simply being honest. An opportunity we have at the moment from being able to reflect on a work like Acts is that we can learn about mission and evangelisation at this time.