In the narrative we hear from the book of Acts at Mass this week about St Stephen, the first deacon and the first martyr, we don’t hear the speech he makes before the Sanhedrin, but move today to his closing words (7:51 – 8:1). Stephen doesn’t compromise – he accusers the leaders of the religious establishment in Jerusalem of betraying the Law and the religious heritage of the Jewish people. Then, to cap it all, he has a vision of Jesus sitting next to God the Father in heaven, and tells people about it. This is seen as blasphemy, and he’s driven out of the city and stoned to death (the picture here is by the Florentine artist Antonio Tempesta). 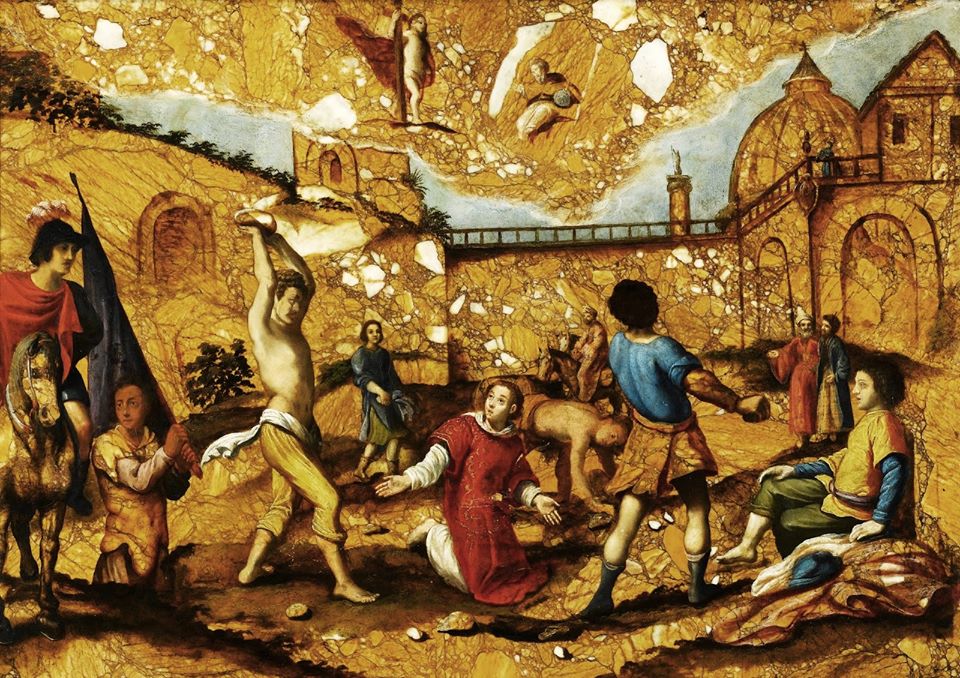 Martyrdom is a central theme of the Easter season – those who shed their blood for Christ are joined in a special way to his Resurrection. The stoning of Stephen is a big landmark in Acts, not least because of the young man on the sidelines who looks after the clothes of those doing the killing, called Saul. Stephen’s eloquence and his vision give us a powerful picture of this account as a triumph, full of glory, and that is part of the theological narrative of martyrdom. In the early Church, one of the things which disturbed the opponents of Christianity was the way in which Christians reacted to horrific killings – carrying the bodies off in triumph, singing hymns, and celebrating Mass on the martyrs’ tombs. The word ‘stephanos’ actually means ‘crown’ in Greek, the crown of the martyrs.

At the same time we are also hearing today details of a horrific killing. In more than one world faith stoning as a penalty is laid down for particularly heinous crimes such as blasphemy and adultery, where the offender is so polluted that his or her executioners don’t want to be tainted by touching them. Moreover we know that stoning is still used in the world today as a punishment, particularly of women: so we pray for victims of this degrading and disgusting punishment as we honour Stephen today.