As it happens today we can honour four saints – four exceptional saints of Europe. Their lives help us understand our shared Christian culture in this continent, important in these challenging times.

St Adalbert is honoured on 23 April in most places, but the feast is transferred to today in this country because of St George’s day. He lived in the 10th century. Born in what is now the Czech republic, he became a monk and then Bishop of Prague, and subsequently of Gniezno in Poland. He then attempted to bring the Christian gospel to the tribes of East Prussia and was martyred, in what is now the Kaliningrad enclave of the Russian Federation, in the year 997. He was an enormously important missionary in all these lands (and Hungary) – on the 1000th anniversary of his death St John Paul II celebrated a special Mass in Gniezno attended by the leaders of seven European nations and about a million people. He also appears – somewhat unflatteringly – in ‘The Flounder’ (‘Der Butt’), by the novelist Gunter Grass (who was born and brought up in Danzig / Gdansk).

The martyrs of the Reformation period in Europe testify both to the need for European solidarity and co-operation and the quest for Christian unity. Fidelis of Sigmaringen was a German Capuchin Franciscan who lived at the end of the sixteenth and the beginning of the seventeenth century – so a contemporary of many English Catholic martyrs. He was martyred at the hands of Calvinists in Switzerland in 1622.

Finally today the Church in this diocese honours two great Anglo Saxon bishops together. St Justus (to whom an Anglican school is dedicated in Bromley) was one of the monks who accompanied Augustine on his mission to re-convert England in 597, becoming in 604 the first Bishop of Rochester; he became Archbishop of Canterbury, the fourth, in 624. He is buried in the grounds of St Augustine’s Abbey in Canterbury. His friend St Mellitus became the first Bishop of London on 604 and was Justus’ predecessor as Archbishop of Canterbury from 619. Just as we asked for the prayers of England’s patron saints yesterday for this land at this difficult time, so we entrust England to two of its great missionary saints today (who were from Italy); and the whole of Europe to all the saints whom we honour today. 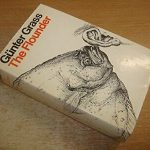 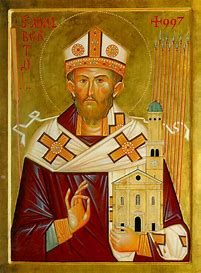 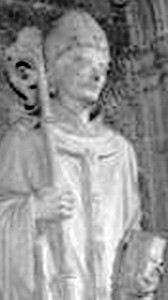 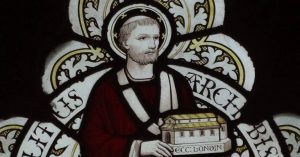 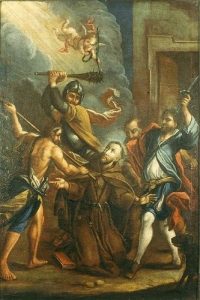