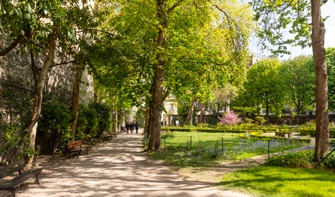 In recent years I have paid a few visits to the Institute Catholique de Paris in order to build up stronger relationships between it and St Mary’s University. The picture here is of the ‘Jardin des Carmes’ in the institute grounds, a garden next to the originally Carmelite church around which the institute was built. In these grounds, on 2 September 1792, about 115 priests and bishops were stabbed to death after a mock trial.

This might seem a rather negative thing to raise on Bastille Day, when French people, for very good reasons, celebrate the storming of the 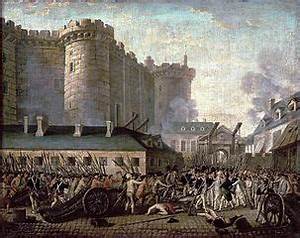 terrible prison in Paris three years before, also shown here, usually seen as a key event in the beginnings of the French Revolution. That the revolution came about to redress gross injustice in France does not detract from great crimes committed in the revolution’s name, particularly the slaughter of so many innocent people and efforts to destroy systematically the Christian religion. The martyrs of the Jardin des Carmes, and others such as the Carmelite martyrs of Compiegne, witness to what can go wrong when an originally good cause goes off the rails.

Sadly, the Church in France before 1789 was largely on the wrong side of history. It was deeply enmeshed in a society riddled with corruption and injustice: senior clergy led very privileged lives in French society, and in return the Church was very much under the control of the Bourbon monarchy. It was not surprising that it was seen in negative light as the revolution developed. We can recognise that the Church had made mistakes, while also insisting that France could not push God out of everyday life, and that the Christian heritage and history of France is rich and enlightening. Please pray for the people of France today and the Church in France, and for educational institutions like the ICP.

Last Saturday in our first readings at Mass we shifted to the book of Isaiah, the longest and probably best known of the prophetic books in the Old Testament. The first part of the book (that is, chapters 1 to 19) is probably from shortly after Amos and Hosea whom we have heard in the last fortnight.

The message is the same – things are going wrong because the country has abandoned worship of the one true God and oppressed the poor whom God loves: so in the reading yesterday we heard ‘Learn to do good, search for justice, help the oppressed, be just to the orphan, plead for the widow’ (1:17). This teaching appears against the background of war and the besieging of Jerusalem in today’s reading (7: 1-9), with the vivid phrase ”the heart of the king and the hearts of the people shuddered as the trees of the forest shudder in front of the wind’. War is such a terrible thing, never noble or glorious, always causing such shuddering. 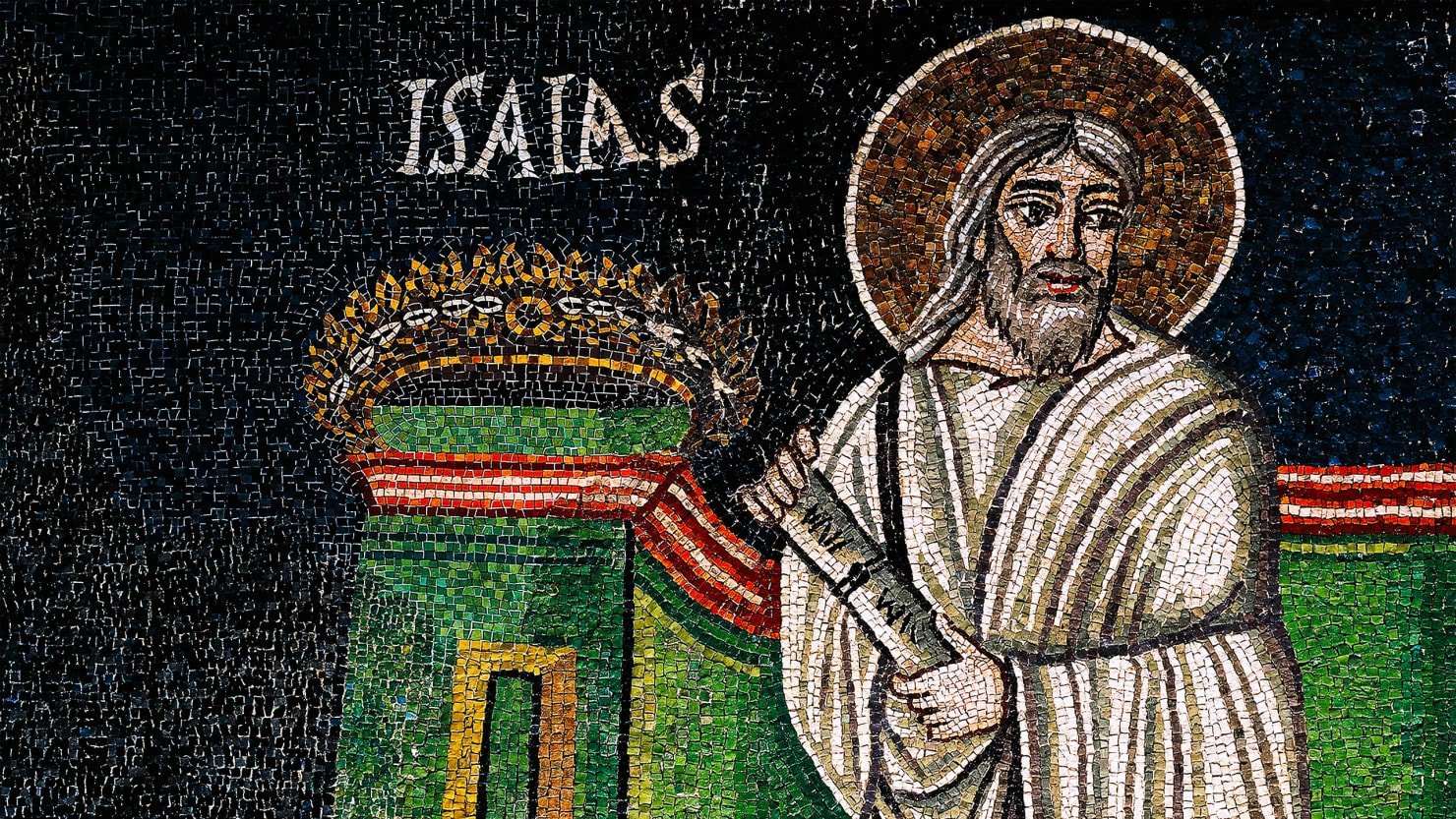