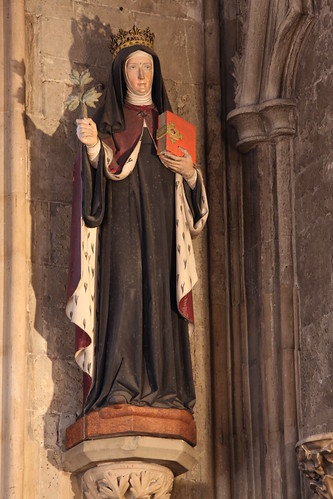 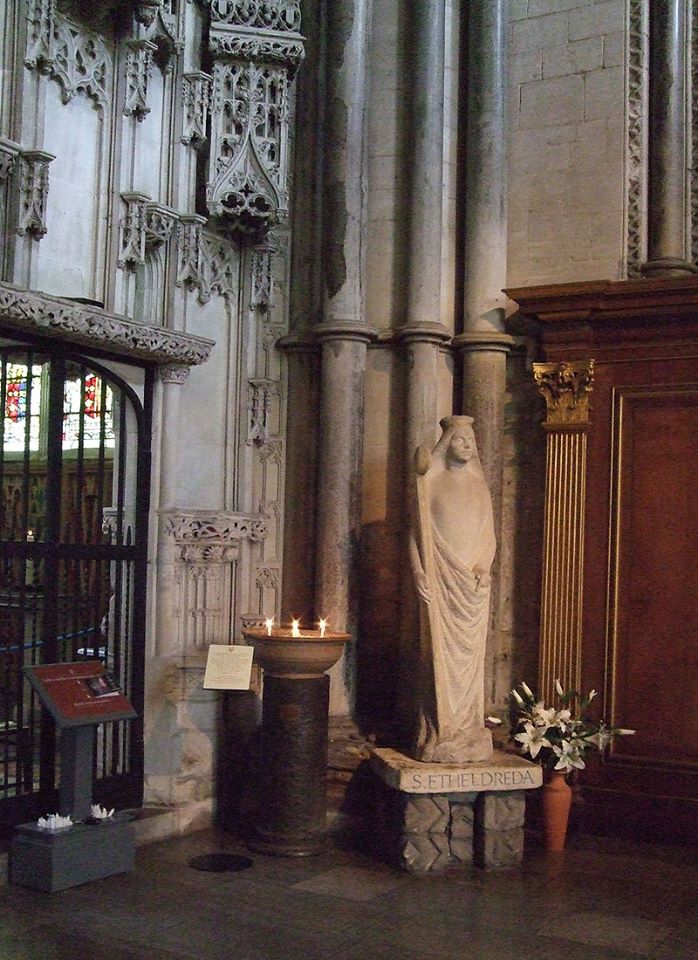 St Etheldreda, or Aethelthryth (the name is also the original of the name Audrey) was one of the great female saints of Anglo Saxon England. If you’ve ever watched (as I have recently) the Netflix series ‘The Last Kingdom’ (which hopefully will have at least one more series) you see that some of the most committed and strong Christians among the Saxons are women. He was a princess in the Kingdom of East Anglia in the seventh century, responsible in the end for a double monastery in Ely, site of a renowned cathedral, where she is buried.(some of her relics are in St Etheldreda’s Church in Holborn).

The inspiring ministry of great Anglo Saxon women like Aethelthryth is important as we try to find new ways of promoting the ministry of women in the Church, both Religious and laywomen. This has been a challenge during lockdown, where in most places women and girls have been absent from live-streamed celebrations of the Mass as readers or altar servers. Women like Aethelthryth, Hild, Edith, Ethelburga and the others were strong, brave and assertive, not passive and submissive. Today we should pray for the diocese of East Anglia (the special Mass on Thursday for healthcare workers this week is from the Catholic cathedral in Norwich) and for the Anglican cathedral in Ely, where the Dean is an old friend of mine (the picture on the right is her statue there).