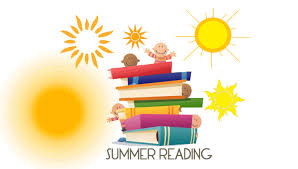 We have received some positive comments about Fr Ashley’s book list last week, so he has kindly provided us with ……… MORE SUMMER READING

One of the books I referred to last week was a ‘Lent book’, a type of book frequently issued to help people’s spiritual lives in the season. The Good Priest is a novel on the same pattern by Tina Beattie, who is Professor of Catholic Studies at Roehampton University and one of the most original and important Catholic theologians in the country. The novel is about John Patterson, priest in an urban parish in the west of England, in the weeks from Ash Wednesday to Good Friday, in which a woman is murdered every Friday. The novel is about the relationship between these horrors and the priest’s own battles with evil; he also struggles about his sexual identity.

Scandinavian crime series on television have become very popular; the same is true of the celebrated Swedish Millennium series of novels (made into films) by Stieg Larsson and David Lagercrantz. The Snowman is the fifth of the Norwegian novelist Jo Nesbo’s series about the detective Harry Hole. The novel is well written, with lots of suspense and a good characterisation of the central character and his relationships with colleagues.

This post war classic was reissued for its seventieth anniversary with a new introduction by the social historian David Kynaston. Laski was a major writer and novelist; the book imagines that the British Establishment staged a coup after the 1945 victory by Clement Attlee and set up a rigid hierarchical society based on the class system, regulating how each ‘Grade’ should live and keeping them strictly separate from each other. As a satire about 1940s Britain this is a very engaging and enjoyable novel.

This novel is about a teacher of Latin, Jane Hudson, who returns to her old school overlooking a lake (in the north eastern United States). Whilst a pupil two of her class-mates had died; events begin to recur strangely among her pupils years later. The dark subject matter, which explores problems of teenage psychology, is matched well to the extreme climatic conditions – the lake freezes over every winter. Goodman also brings into the story themes from classical literature explored by the teacher (and the woman who taught her at school).

It is the custom in newspapers and journals before holiday periods for people to offer suggestions for holiday reading. This is rather a space filler and this is as good a reason as any for doing so here. These are simply some books I have read recently, most but not all recently published. Some have been reviewed in recent issues of The Pastoral Review or will be soon.

Jane Williams – The Merciful Humility of God (Bloomsbury 2019)
This is a Lent book, and good for any time of year. The author is the wife of the former Anglican Archbishop of Canterbury Rowan Williams and a theologian and teacher in her own right. The running theme of the book is that understanding God’s humility made real in the person of Our Lord is the key to Christian life; she takes us through sayings and events in Jesus’ life in the gospels, drawing on insights from St Augustine, St Francis, Julian of Norwich and others.

This has been acclaimed since its publication at the end of last year; it is a sequel to novels Coe wrote a few years ago (The Ratters’ Club and The Closed Circle), looking at some of the same characters in the context of Britain, and the Midlands in particular, in the years surrounding the 2016 EU Referendum. Very sharp and witty.

Paul Mason – Clear Bright Future A Radical Defence of the Human Being (Allen Lane 2019)
Mason is a writer and former Economics editor for Channel 4. This book is a challenging defence of the notion of the human being, in the face of the rise of far Right politicians and the daunting challenges of modern technology, particularly the development of Artificial Intelligence. He’s not sympathetic to religion and his work entails a re-appraisal of the early writings of Karl Marx; but Catholics should be attentive to his arguments, which have many points of contact with our moral teaching about the human person.

Arturo Pérez-Reverte – The Seville Communion (Harvill 1998; original Spanish edition 1995)
This is a fascinating ecclesiastical detective novel. Developers and local magnates in the Spanish city of Seville want to demolish an old but decaying church served by an obstinate and difficult priest. Because two people mysteriously lose their lives in the building a priest is sent from the Vatican to investigate. Very well written and gripping, but I won’t give away any more of the plot.