ABOUT TEN YEARS AGO, after the Requiem Mass of a well-loved parishioner, someone who was present, herself about to begin the process of becoming a Catholic, remarked to me that if we wanted to attract or interest people in the Catholic faith, we could perhaps simply, as part of doing so, invite them to a good funeral at St Edmund’s. She thought that the love shown to the bereaved family and the strength of faith in the resurrection of Christ shown in the prayer of a Requiem Mass was an effective act of mission and evangelisation. When I pass this story on (and as you can expect I have dined out on it) people are sometimes surprised: we often simply ‘get on with it’ when funerals take place here; we take trouble over the act of worship almost instinctively; and we might at some gut level not actually expect non-Catholics, or those new to Catholicism, to receive much from it.

Last weekend Father Steve wrote about the process your clergy team have been working on to move us clearly into being a missionary parish, away from simply maintaining our life. If such a shift in what we do is to be effective, it has to be grounded in our worship of God. Catholics see worship as the primary response to faith and the gifts of God’s grace which we receive from him. It is our response to him, but it’s essentially prompted by him. This means that part of what we need to do in the parish is reflect about how our worship springs from our beliefs which bind us together and give us our identity as Catholics. We should be in a strong position to do this because in normal times a lot more public worship happens in this parish than in many Catholic communities, and this worship involves more people. We have large numbers (although they have declined over many years) and a lot of Masses: as I have indicated before, all this means that we should really think of St Edmund’s as if it were a medium-sized Catholic or Anglican cathedral. How many Catholic parishes do you know which normally have three choirs which sing at Mass every Sunday? Any renewal process needs to think about how far our worship reflects our shared faith – and it will be a substantial exercise. I want simply this weekend to put three things forward to help us reflect about this.

The first is that of course for Catholics historically worship has defined our faith. After the Mass was made illegal in the 16th century, Catholics in Britain and Ireland were held together by the furtive and dangerous celebration of Mass, which could lead to fines or imprisonment for those present or (in the earliest part of the penal period) death for the priest. This happened because of what Catholics believed about the Mass: about it being part of the Sacrifice of Jesus on the Cross, and the doctrine of Transubstantiation. If these beliefs weren’t important to you, why would you risk your life to be there? Does the Mass mean the same to us?

Secondly, and by contrast in a way, this year 2020 has seen Catholics deprived of the chance to go to Mass as never before. For some months, including the crucial period of Holy Week and Easter, people in this country were only able to join in Mass through modern technology – which meant many were excluded. We know that livestreamed Masses have been a source of strength for many of you; but it was still odd (not least for priests) and for many still is. The public Masses we have resumed in the last few weeks have been odd too, and will remain so for some time. What are we learning from all this about the relationship between our faith and our public worship? How have we worshipped at home? As we continue to live through the Covid-19 crisis we need as a community to find ways of sharing our experiences and feelings with each other. This is a good point to express thanks to the stewards and cleaners who are enabling public worship to happen again. We’re fortunate here that even before the current crisis hundreds of people were watching our Masses all over the world.

Finally, the beliefs which undergird our worship have to be authentic. The picture in our Newsletter  is of the first trip outside the Italian mainland made by Pope Francis after his election back in 2013 to the island of Lampedusa in the Mediterranean. He went there to pray for refugees who were drowned trying to cross from North Africa and to offer Mass for them, as shown, using an altar constructed out of a shipwrecked boat. This act of worship was a statement – a political statement – about the Catholic Church’s solidarity with the poorest in the world. The worship we offer has to be similarly grounded in authentic Catholic doctrine: it’s all too easy for pseudo-worship to celebrate unworthy things, such as the glorification of war.

So as part of how we want to renew parish life we will be praying and thinking about the way we worship, and about the ways in which our worship has to be central to the Church’s mission. 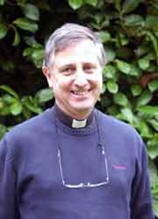