Why Peace Sunday is Important 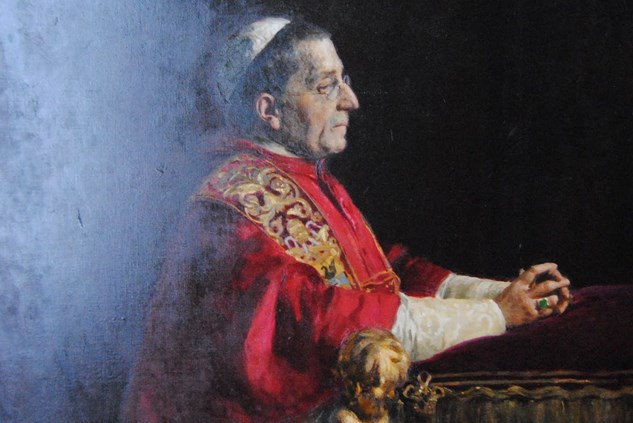 NEXT SATURDAY is the 100th anniversary of the death of the man who is probably the most neglected and overlooked pope of the 20th century, Benedict XV. He wasn’t very old and had no history of particularly bad health. Pneumonia was a killer a hundred years ago (my mother, who was born later in 1922 had it as small child and nearly died) – the pope contracted it after catching a chill while waiting outside a convent to say Mass. Benedict is important for many reasons – not least his responsibility for the codification of Canon Law and his promotion of missionary activity in Nigeria – but above all for his uncompromising opposition to the First World War. At the time this made him very unpopular all over Europe (although it earned him respect after it was over), not least in this country, where Cardinal Bourne and the other bishops showed very little loyalty to him: being patriotic was for them far more important. The pope refused to accept the arguments of either the Allied or the Central powers that their actions were morally good: the conflict was simply wrong, a blot on Europe and on the world. This small figure with a squeaky voice was a lone prophet of peace.

It is clear that his witness began a sea change in Catholic teaching about war. Both Pope St John XXIII, in his 1963 letter Pacem in Terris (‘Peace on Earth’) and more recently Pope Emeritus Benedict XVI, who took the name Benedict as a tribute to him, have made this clear. The witness now of the Catholic peace organisation Pax Christi, which we are asking you to support in a second collection this weekend, and the setting up in 1968 of World Peace Day on New Year’s Day have developed this shift, emphasised so much in the teachings of the popes at least since Pius XII. War is wrong: it is not morally acceptable. Pope Francis, in his 2020 letter Fratelli Tutti, has further reiterated this. Prophets, as we see in the Bible, are often ignored, rejected or despised in their own time: the dismissal of the pope’s efforts to stop the war was part of this pattern. A century after his death Benedict deserves some recognition.

As you know, each year for World Peace Day the pope publishes a special message – a few years back we had a study evening in the parish hall which looked at a selection of them. This year the message from Pope Francis is entitled Dialogue Between Generations, Education and Work: Tools for Building Lasting Peace, and I referred to it in homilies after New Year’s day at Mass. It is particularly good at rooting how we should work for peace in the world in how we live at home – and in particular, and this was a good message after family Christmas gatherings (if we were fortunate enough to be able to have them) – the need for different generations in families and societies to listen to and talk to each other. So the Holy Father writes: ‘We need to learn how to regain this mutual trust. The current health crisis has increased our sense of isolation and a tendency to self-absorption. The loneliness of the elderly is matched in the young by a sense of helplessness and a lack of a shared vision about the future.’ He identifies the idealism of young people and the wisdom of those of us who are no longer young as both being necessary – qualities which need each other. The message also stresses the importance of education in relation to peace, and the link between peace-keeping and human work. It’s not very long and is very easy to read: CLICK HERE.  Pax Christi has also produced excellent material about this which you can find HERE.

We keep Peace Sunday this week as a celebration of the World Day of prayer on New Year’s Day; but it always strikes me that many Catholics are far less at home with it than, for example, Remembrance Sunday; I suspect in some parishes it is ignored completely. We are used to the flag waving, the marching, the gun salutes; we may not want, like the bishops in this country in the Great War, to be different from other people. Much of what we teach as Roman Catholics about war and peace is not shared by other people – that war is wrong; or that, to choose a particular example, the nuclear deterrent on which this country’s defence policies are based, is immoral and shameful. Asserting these things can make us as unpopular as Benedict XV; we see this too in the hatred experienced back in the 80s by the women at the Greenham Common peace camp and by many others.

The world is, as always, an unstable place and there are ‘wars and rumours of war’ in many places. Please pray for peace in the world and that we will be faithful to the Church’s teaching.