The Week of ‘Laudato Si’ 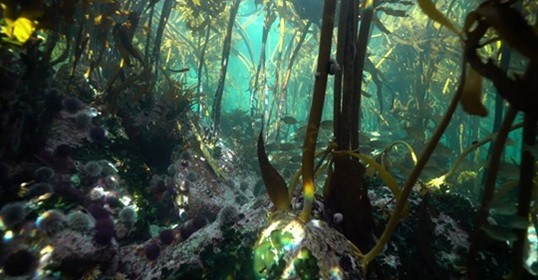 THIS WEEK we have celebrated Ascension Day and this weekend, as we prepare for Pentecost next Sunday, the Church keeps a novena to the Holy Spirit and today keeps World Communications Day. Ordinarily this would be marked by a second collection to support the Catholic Church’s media operation in this country, but like all second collections this has been deferred until public worship resumes in our churches. We also mark this week the fifth anniversary of Pope Francis’ encyclical about the care of creation, known by its medieval Italian title Laudato Si’. The pope established a special week leading up to this weekend to reflect on the content of that letter and continuing environmental crisis in the world to which he drew attention.

This fits in very well with the theme this weekend of communication; at the time the Holy Father’s letter was more effectively communicated to the world than papal encyclicals usually are. This was partly because it was leaked and also because it was opposed and resented by right wing Catholics in the United States (the details of all this are in recent good books about Pope Francis written by Austen Ivereigh and Christopher Lamb); but the Church was also able to get over to a lot of people the urgency of the pope’s message. CAFOD, which we support strongly in this parish (and they have an office in the grounds of Bishop Challoner school), produced quickly some excellent material for children, which we used extensively in St Mary’s. Children and young people were better at grasping the urgency of the crisis than a good many adults who should have known better.

Within the Church many of us worked hard to acquaint Catholics with the pope’s teachings. But sadly the letter did not remain front page news in the Church for very long: as so often it was easy for people who weren’t interested (including clergy) to ‘shunt’ it into a railway siding simply for those interested in these things. A deacon in south west London whose MA dissertation I was supervising shortly afterwards conducted a survey about knowledge and reactions to the pope’s letter in local parishes. It was a good dissertation but it was depressing reading: lots of priests were not interested and many hadn’t even read the letter. Not even the local Catholic formation centre was interested.

CAFOD has continued to try and raise awareness among Catholics of what the Church teaches about how we should treat creation and the environment. Its Livesimply award schemes for parishes, which we hope to do something about when restrictions are eased, is one example (https://cafod.org.uk/Campaign/Livesimply-award). But the task is awesome: national leaders who scorn the scientific evidence about climate change are very powerful in the United States and Brazil, for example. Within the Church, as with other areas of Catholic Social teaching, there is so much ignorance, lack of interest and downright dissent. Five years ago I wrote a blog piece about the letter for the Catholic Herald, stressing the authority and importance of the encyclical. From the really vicious responses from some quarters it was clear that some Catholics disliked Pope Francis even more than they disliked me.

The Holy Father, since the pandemic began, has repeatedly stressed that the Covid-19 crisis is linked to the environmental crisis at every level. This strange time, if it is, in spite of everything, to be a time of grace, has to be time for reflection and the traditional Catholic examination of conscience. We have a narrow opportunity to think about industrial policies, international financial policies, attitudes to travel and so on; to turn away from practices which damage our planet, God’s gift to us. We can do something; we’re not trapped in a cycle of despair and poison. I drew attention in the parish Facebook page during the week to an important EU initiative announced last week to boost biodiversity (see https://ec.europa.eu/commission/presscorner/detail/en/ip_20_884) which is in the spirit of the pope’s letter and teaching. The reason this issue is important this week is that the future of the planet is a much more important issue for Catholics than many other things occupying people at the moment.

In the run-up to Pentecost we ask the Holy Spirit to come into our lives, into the Church, and into the world. The Spirit calls us away from an inward looking, individualistic spirituality centred on our own needs and worries about whether we’ll get to heaven. Catholic moral teaching is about being at peace with God: we need to ask the Spirit to help us see how far we’re being faithful to the fulness of the Church’s message to the world at this challenging time. As we pray to the Spirit this week, you might, if you have more time on your hands at the moment, make an effort actually to read the pope’s letter of five years ago, to be found HERE.