The Cross, in the prayer of St. Francis of Assisi, is holy and the source of our redemption. And for George Bennard, on this emblem of the Lord’s suffering and shame – the ‘Old Rugged Cross’, was the price paid for our salvation. This is what we re-call on the feast of the Exaltation of the Cross – the rediscovery and veneration of the Cross. From the cross light comes to dispel the darkness of sin and death – and in gratitude we adore Christ the Lord and praise him for by his holy cross he has redeemed the world. The Church also encourages us to say the prayer before the Crucifix often.

The Tradition of the Church has it that St. Helena discovered the True Cross, and she “worshipped not the wood, but the King w 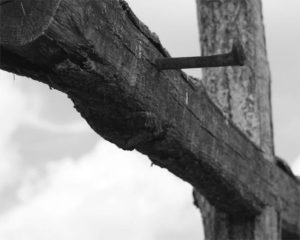 ho hung on the wood. She burned with an earnest desire of touching the guarantee of immortality” – St. Ambrose. The background story being that the Temple was razed and Jerusalem was left in ruins after the revolt of AD 70. Mount Calvary was levelled and a pagan temple was erected in its place by Hadrian. Constantine seized power in the year 312 and allowed the practice of the Christian Faith. Helena thrived on this by seeing to the construction of the Church of the Holy Sepulchre in Jerusalem, in place of the pagan temple. In the process, “three crosses and the titulus were found there, and a woman dying from a terminal disease, was brought to the spot. She touched the crosses, one by one. After she touched the third cross, she was cured, thereby identifying the true Cross”. Thereafter, the Cross was restored to its original place on Mount Calvary.

Francis Fernandez, linking this to the fall of man, states – “in as much as our first parents sinned beneath the shadow of a tree, God has deigned to accomplish our redemption on the wood of the Cross”. Explaining further, St. John Damascene holds that the Cross is a shield against the devil, the trophy of victory, the instruments of uplifting, the crutch for the crippled, and the guide for the way-ward. The way of the cross is indeed the way to glory. And in response to his troubles, George Bennard sang –

Till my trophies at last I lay down;

I will cling to the old rugged cross,

And exchange it someday for a crown.