The Pope and the end of the War

St Edmund's RC Church, Beckenham > Sermons > The Pope and the end of the War 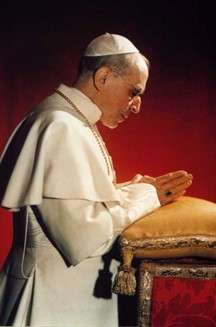 ‘It is the spirit of evil which wars against the spirit of God and which would banish from the earth the kingdom of Christ and deify material force, in order to drive out of the lives of peoples and still more to abolish from international relations, every essential distinction between good and evil and between what is just and what is unjust. To those who have allowed themselves to be seduced by the advocates of violence and who, after having thoughtlessly followed them, begin finally to reawaken from their deception, in consternation at seeing to what their servile docility has led them, there remains no other way to salvation than that of repudiating definitely the idolatry of absolute nationalism, the pride of race and blood, the desire for hegemony in the possession of worldly goods, and to turn resolutely toward that spirit of sincere fraternity which is founded on the worship of the Divine Father of all men and in which those ideas, for too long a time opposed, of right and of duty, of advantage and of disadvantage, are reconciled in justice and in charity’.

These are words of Pope Pius XII, shown here at prayer, in an address he gave at Easter 1945, seventy-five years ago, anticipating the end of the war in Europe, VE Day, the anniversary of which we celebrated on Friday. The pope recognises and identifies the moral evil at the heart of modern war, and the terrible things done in the Second World War in particular – he calls on perpetrators to seek forgiveness from God. He also pinpoints ‘the idolatry of absolute nationalism, the pride of race and blood’. Amidst the understandable nostalgia of the last few days’ observances, rather less marked than it would have been had it not been for the pandemic, the moral message of the pope’s words needs to be heeded afresh.

Like many of you I grew up in the shadow of the Second World War, born only thirteen years after it ended. My mother had been in the Land Army and the Wrens, and the Southampton of my childhood still showed signs of bomb damage. It seemed a recent event in many ways, shaping our lives. In the current crisis I am conscious that whenever I try not to waste food, I was brought up not to waste food. It is important this weekend that we pray for the millions who were killed in the war and mark our gratitude to the small number of surviving veterans of the conflict. But the moral message of what the pope, in the rather grand language that popes used back in 1945, reminds us of the immorality of war. Partly because of conflicts like this, the anti-war teaching of Christianity has been strengthened immeasurably since it finished, and the Catholic Church supports initiatives to avoid war by bringing nations to work together in peace rather than compete with each other and fight each other. 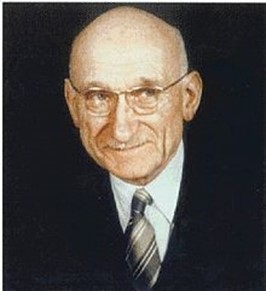 One such initiative can be seen in another anniversary this weekend which you may not notice in this country. This Saturday, Europe Day, sees the 70th anniversary of the Schuman Declaration, which takes its name from one of its pioneers, the French Foreign Minister Robert Schuman, shown here. This set up the first common European institutions which led to the present-day European Union, promoting shared sovereignty and co-operation. This was a reaction to the horrors of the Second World War, five years after it ended: Schuman was a devout Catholic and his political outlook rooted in Catholic teaching. The Catholic Church, above all, needs to assert and proclaim that we cannot really understand VE Day unless we understand the Schuman Declaration.

Something else needs to be remembered this weekend. The Second World War is important, for all the reasons which I have mentioned, but there are also some traps. One is the way in which in the current Covid-19 pandemic, politicians and journalists insist on using the language of war to describe how we should be responding to the crisis, drawing on the country’s history in the Second World War and the qualities which people showed. This really is misleading: responding to aggression and the Nazis is not the same as a scientific and medical response to a virus. It is simplistic and designed to foster an illusory spirit of national unity, deflecting public criticism of flawed policy decisions and incompetence. It is abusing the sacrifices people made in the war; it’s part of how the culture of our country, in spite of everything, still glorifies war and all that it means.

So this weekend as we give thanks for what happened seventy-five years ago and pray for those who were killed, we should pray that people now heed what Pius XII said – and the example too of Robert Schuman and those who realised the need to build unity in Europe from its ruins.