The Message of Robert Schuman

ONE OF THE REALLY GREAT THINGS about being a Roman Catholic is that our faith guides us about virtually every area of life. In terms of political or social issues, it can never be acceptable for us to claim that our faith has nothing to do with whatever the matter is under consideration. ‘Nothing is beyond the scope of faith’, the slogan of our Bishops Conference 1996 document about moral teaching called The Common Good, means what it says. 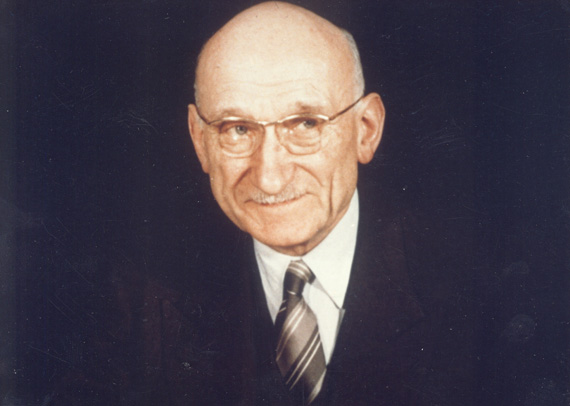 Therefore, amidst all the agonies about the future of this country’s future relationship with Ireland and the rest of Europe, a little-reported news item from last week is going to mean something to us, something we will need to share and explain to others in the same way as has been true this month over the canonisation of St John Henry Newman. Vatican officials confirmed last week that Robert Schuman, of France, who died in 1963, was a candidate for beatification, the penultimate step before sainthood. The Holy Father is expected to beatify him next year; Benedict XVI declared him to be a ‘Servant of God’ (the category leading to beatification) in 2006.

Many people in this country, once they have realised that we are not talking about the German 19th century composer, don’t know who he is. I have actually talked about him quite a lot over the years in lectures we have had on Catholic teaching in relation to Europe, and I also looked at him in a Catholic Herald article in 2004; for if we are to understand how and why the European Union and its predecessor institutions are rooted in Catholic teaching, we have to know something about Robert Schuman; this is a challenge as history has been so badly taught in British schools for so long that very few people know much about European history, and ignorance, as we’re seeing every day in this country, can do a lot of damage.

Robert Schuman was born in 1886 in Luxembourg but for most of his young life was raised and educated in Lorraine; a striking fact: a man who became Prime Minister and Foreign Minister of France was a German citizen until 1918 when he was 32 years old, as Alsace-Lorraine had been part of the German Empire since 1871. Not an incidental detail: this meant that as a ‘borderline’ person he was all his life acutely aware of the need for Franco-German reconciliation. He became an active politician in the years after the First World War in the restored French administration in Alsace-Lorraine; he was the first French parliamentarian arrested by the Gestapo during World War II and later joined the Resistance.

After the war, Schuman was appointed Prime Minister of the French Fourth Republic and after this was Foreign Affairs Minister from 1948 to 1952. St John Paul II presented Schuman on several occasions as a model for Christian politicians, particularly when the Pope visited Strasbourg in 1988.

He highlighted the promoters of European unification – Schuman, the West German Konrad Adenauer and the Italian Alcide de Gaspari – as men ‘inspired by a profound Christian faith.’ The Pope considered that Schuman was a statesman who served the people of Europe. He was very devout and ascetic; an authentic Catholic and an example to all those responsible for the construction of Europe.

The key thing which Schuman did, along with Adenauer and de Gaspari, was to persuade the key western European nations after the war that the best pathway to peace, reconciliation and stability was to pool their economic resources and sovereignty. This resulted in the ‘Schuman Declaration’ of 9 May (the date subsequently marked every year as ‘Europe Day’) 1950 which established the European Coal and Steel Community. This is where European unity began after the war – a supranational authority was set up to co-ordinate the production and marketing of the key commodities of coal and steel, things always needed to make weapons and wage war; a key product of Schuman’s own region of Alsace-Lorraine.

It is this vision of shared sovereignty in the interests of peace, so little understood in our own sad and divided country, which still underpins the European Union. This is why Robert Schuman’s beatification, (and, God willing, in due course his canonisation) will be an important statement about Catholic teaching (as St John Henry Newman’s has been); mark my words, there will also be the usual ignorant parrot-calls about the Church ‘interfering in politics’. It will also be for Catholics in this country a source of strength and hope in what are likely to be dark times in the next few months. It is important to try and learn more about Robert Schuman and his life and example for the peoples of Europe – and spread the message.