The Holy Spirit and the Season of Creation 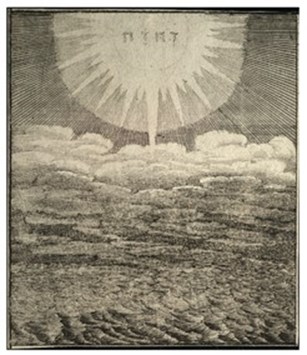 Back in May on the feast of Pentecost our bishops issued a joint Pastoral Letter for the feast day, focussing on the relationship between the coming of the Spirit and the urgency of the environmental crisis. A few weeks later I was at a Zoom meeting with some bishops and I was rather shocked when one or two of them said that some of their clergy had complained about the letter and even refused to read it – they didn’t see what it had to do with Pentecost.

Pope Francis has often reminded us that the liturgical and worshipping life of the Church is not static, but rather something which grows and develops: in 2015, after his encyclical Laudato Si’ about the care of Creation, and inspired partly by the Ecumenical Patriarch Bartholomew, he established a Season of Creation to begin each year on a special day of prayer for Creation (1 September, next Wednesday) until the feast of St Francis (4 October). Some reflections and information about it can be found on the Bishops Conference website. I dare say some of the priests who weren’t happy with the bishops’ Pastoral Letter won’t be taking much notice of the Holy Father either or this special season. In the Church as elsewhere, climate change denial is rather like Covid-19 denial and opposition to vaccination – and it’s often the same people, including clergy who should know better.

Perhaps such clergy don’t know their Bible very well: its very second verse says (Genesis 1:2), ‘the Spirit of God moved upon the face of the waters’, illustrated here in Wenceslaus Hollar’s painting Chaos. The third person of the Holy Trinity is part of the biblical narrative; as the bishops said in their letter ‘God’s revelation of himself in creation is inseparable from the revelation of his love for us in Christ and his desire to live in us through the Holy Spirit.’

Since the Holy Father’s 2015 letter, and even since Pentecost, the environmental crisis has got even worse, as shown in the recent sixth UN IPCC report, in the run-up to the COP 26 conference in Glasgow at the end of the year, which will be the occasion to the first visit by Pope Francis to the United Kingdom. There is a new urgency in this year’s Creation season. In our parish, as elsewhere, we are trying to deepen our relationship with the Holy Spirit, to be open to what the Spirit is saying to us as we begin, hopefully, to emerge from the pandemic. There are at least three ways in which how we understand the Holy Spirit can help us in the climate change crisis.

The first way is that as Catholics we believe that the Holy Spirit guides the Church in our teachings, in our doctrines. The witness of the Holy Father and the bishops about the crisis, and of thou-sands of Catholics and Catholic organisations and communities around the world, is a sign of the presence and activity of the Spirit in the Church, a sign of God’s love for his people. Catholic teaching about the care of creation is part of what we call the Church’s ‘Magisterium’, part of Catholic social teaching, not an optional extra for enthusiasts. So what we teach is important for all of us. The second is the very idea of urgency. In the Scriptures, the Holy Spirit is an unsettling, disturbing and often violent force. After Jesus is baptised in the river Jordan we are told that ‘at once the Spirit drove him into the desert’ (Mark 1:12); he is not gentle or easy going. The urgency which the climate change crisis demands is an impulse of the Holy Spirit; if we take seriously the place of the Spirit in our lives we will be ‘driven’ in relation to this issue.

Finally the Bible in its account of Pentecost in Acts chapter 2 portrays the Holy Spirit as a force which creates human unity. The gift of the tongues of fire brings about a new unity, breaking down sinful barriers – so the earliest Christian community, formed by this experience, lives together in unity, and ‘owned all things in common.’ Pope Francis has insisted that the countries of the world will only be able to meet the environmental crisis if we work together, if those of us in rich developed nations see the crisis as a ‘cry of the poor’. There have to be international solutions to the problems we face; talk of nationalism and national sovereignty is nothing but weasel words. The countries which have done the most damage to the climate of the world and the environment are those with the most insular and nationalistic governments. The Liturgy reminds us that the Holy Spirit ‘brought together the many languages of the earth and is a force for unity in the human family, over and against so many divisive and sinful forces in the world. If we don’t work together to save the planet, we will all hang together.

So as we begin the season of Creation this week, open your hearts to the Holy Spirit, that he may enlighten us and dispel our ignorance and hardness.