The Futility of War

RECENTLY I was asked to review a new two volume collection of essays, recently translated from the Italian, about Pope Benedict XV, pope during the First World War. The subtitle to the collection (if you want details let me know, but it costs about £160), quoting Benedict himself, is A Pope in the world of the ‘Useless Slaughter’ and it was difficult not to think of these words as we saw the rapid collapse of the western-backed government in Afghanistan earlier last week. The last twenty years, in so many ways, have been a ‘useless slaughter’, as the pope described the ‘Great War.’ About fifteen years 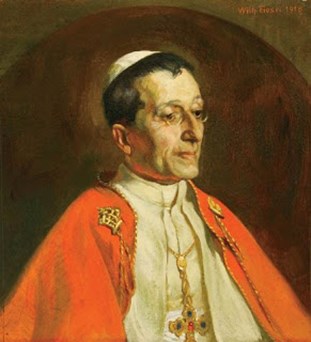 ago, when the NATO action in Afghanistan was at its height, in the Catholic Theological Association (the support group in this country for Catholics teaching theology and related subjects in higher education) we discussed what was happening in the light of the traditional Catholic ‘Just War’, and we sought to raise the issue publicly in the Church in this country, with very little success. Christian leaders, sadly, avoided the subject like the plague, un-willing to be portrayed as unpatriotic (rather like Christian leaders in the First World War). The criteria of this doctrine limit severely the conditions under which military action can be considered morally acceptable; after the initial moves in late 2001 against Osama bin Laden and Al Qaeda it seemed increasingly clear that what this country and others were doing did not fit the criteria. Many politicians espoused high moral intentions about transforming Afghanistan, and some ‘meant well’; but the path to Hell is paved not only with good intentions, as the saying goes, but with those who are ‘well-meaning’. Catholic teaching does not support military action on this basis, particularly if it looks as if it will fail, as it has. While no one wants to be proved right in this sad situation, the mistakes made over the last two decades point once again to the futility of war, as Benedict saw so long ago.

Many members of the armed forces of this country, along with many more Afghan civilians, lost their lives in all this; this is a good time to pray for their souls, an act which was central to Pope Benedict’s witness against the First World War (to this end he made universal the practice of allowing every priest to say three Masses on All Souls’ Day), and of course for Catholics at any rate this is the central task on Remembrance Sunday. The futility of the conflict does not detract from our duty to pray for the souls of those who have died.

Pope Benedict’s largely isolated witness against the First World War played a big part in transforming Catholic teaching about war in the last century, particularly since St John XXIII. Pope Francis has continued this process and many would say that even the restrictions of the Just War doctrine have been made out of date by modern warfare, so that there are hardly any circum-stances in which Christians should support military action – the conflicts in Afghanistan and Iraq have shown this. The development of Catholic teaching happens contextually, like all theology, so we should not be surprised that the particular horrors of modern warfare affect that teaching.

There are a number of things we should do. The Holy See will be part of efforts to ensure that international diplomacy, in spite of the track record of the Taliban, is able to bring about reconciliation and relief efforts to the country, and this will need the support of our prayers; and relief efforts will need financial support. We should pray for members of the armed forces who served in Afghanistan who must feel that their efforts and the loss of some colleagues were wasted, and also for those in Pax Christi, the Catholic Workers and the rest of the Peace movement who questioned or opposed the NATO campaign and have been vindicated. There are a number of Christian missionaries in the country, including two Jesuit priests and a number of Sisters, and they need our prayers and support. In our prayers we should also remember women and girls in Afghanistan who are particularly fearful at this time. We should also pray that in the light of what has happened Christian leaders in this country and the rest of the western world will be more assertive in opposing future military escapades.

Above all, as the Jesuit Refugee Service and other agencies have said, we need to be generous in our response to those who need to leave Afghanistan as refugees because they worked with NATO forces. As in other cases in the UK this response is likely to peevish and mean-spirited – the churches need to be at the forefront of those calling for a more generous approach in line with our moral responsibilities.

This crisis also gives us the chance to learn more about Catholic teaching about war and peace, mindful of the example and teachings of Pope Benedict XV.