In the midst of a crowd of children and adults, a young boy was being encouraged to ask a question of Pope Francis but he couldn’t bring himself to utter the words. Despite much prompting he remained silent. It was too much of an ordeal and eventually he covered his face with his hands. It was then that Pope Francis gently urged the boy to come forward and when he did, he took him in his arms and gave him a gentle hug. The Pope listened to the boy and a conversation ensued for a couple of minutes before he returned to his seat with the other children.

With the child’s consent the Pope then revealed to the audience the question he’d been asked. It was as follows: Is my non-believing father in heaven? It turns out that the father was a good man and had ensured his four children were baptised.

Francis said the following, “A boy that inherited the strength of his father also had the courage to cry in front of all of us. If the man was able to create children like this, it’s true he is a good man.” He went on to say that God decides who goes to heaven and that God has “the heart of a father.”

Finally, he asked the children in the audience if they thought God would abandon a father like Emanuele’s, who was a good man? They shouted back, “No.”

“There, Emanuele, that is your answer,” the Pope said. “God surely was proud of your father, because it is easier as a believer to baptise your children than to baptise them when you are not a believer. Surely this pleased God very much.”

There are many images and stories of the pontiff engaging with children, talking with them, listening to them and demonstrating genuine affection for them as Jesus would have done. He obviously cares a great deal and attaches great importance to their faith and spiritual welfare. I often wonder whether we in this parish could do more for our children, be more adventurous and imaginative in drawing them into God’s love.

A couple of years ago a small group of mothers and a grandmother came to see me about how the Mass could be made more relevant to their children. Ideas and suggestions were floated but no conclusions reached. However, I want to let that group know I haven’t forgotten them or their concerns. So, if you read this, please get in touch.

This Sunday there will be a Family Mass at 9.30 in the parish hall. In fact, it will be more of a gentle introduction to see how we can make this idea work successfully. For such a Mass to happen of course, the priests and the deacons will need help, especially the help of parents, grandparents, older siblings, teachers and anyone who has experience working with youngsters. Last but certainly not least, we would love to hear from the children themselves. 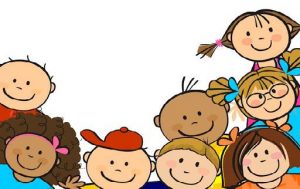 It is hoped that this Mass will be a regular event, perhaps every Sunday but at least once a month. The important thing is we give it a try. I look forward to seeing you on Sunday.