The Energy Crisis and Violence

‘Among us the terrible words of the prophets of Israel remain true. Among us there are those who sell the just for money and the poor for a pair of sandals [Amos 8:6] those who hoard violence and spoil in their palaces [Amos 3:10]; those who crush the poor [Amos 2:7]; those who bring near the kingdom of violence, while they lie in beds of ivory [Amos 6:3-7]; those who join house to house and annex field to field until they occupy everything and remain alone in the land [Isaiah 5:8]’ 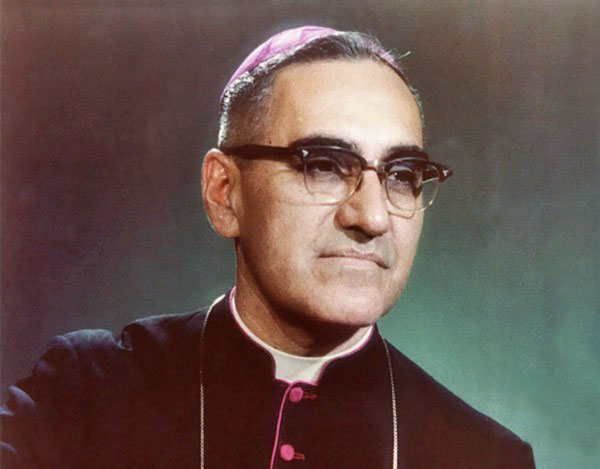 In February 1980, not long before he was martyred, St Óscar Romero, Archbishop of San Salvador, was awarded an honorary doctorate at the Catholic University of Louvain (where Fr Simplicio studied) and the words above are from the speech he gave. He was referring to the injustice in relation to land ownership and use in central America, and drawing on the trenchant denunciations of the rich in the book of Amos (eighth century BC), extracts of which we heard at weekday Masses earlier in the summer. For Romero, those resisting land reform in El Salvador, hoarding land for a small elite, and subjecting landless peasants and protesters to oppression and violence, are in the same place as those condemned by Amos. Two things in particular are clear: first, Christian teaching does not hold that private property is an absolute right; as Pope St Paul VI put it in a letter ‘no one may appropriate surplus goods solely for his own private use when others lack the bare necessities of life.’ Secondly, Romero sees structural injustice denying people basic necessities should be seen as an act of violence against the poor. This perspective is important, as we often give the impression that when people are indifferent to the poor they might in fact be simply mistaken, and nevertheless ‘mean well’. Violence against the poor helps us realise that oppressing people, keeping them poor, making them poorer, are deliberate acts, not an accident. To challenge this violence brings danger, and that is why Romero was shot while saying Mass.

We don’t live in the central America of forty years ago. Romero, we might think, is very inspiring and holy, but what does all this have to do with us? Land reform has been a big feature of the Church’s social teaching for many years (Pope Pius XII in the 1950s constantly spoke about it), drawing in particular on the witness of prophets like Amos in the Old Testament. The Church sees that people have a right to, as one theologian puts it, ‘what is bodily necessary for life and flourishing, such as adequate food, water, clothing, shelter, and so on.’ To deprive people of this is an act of violence against human dignity. Just as the Bible sees land as essentially belonging to God, and ourselves as merely stewards, so logically other basic necessities for ‘life and flourishing’ should also be justly shared by all. This means that the enormous hikes in prices particularly for gas and electricity from privatised energy companies, can be seen in the same light, as it is clear that many people, including some of you reading this newsletter, will be hard pressed to afford food, to cook food, to heat homes: these are things people need to do for ‘life and flourishing.’ Now I know that part of the reason is the terrible Russian invasion of Ukraine: but our neighbours in the rest of Europe who are more threatened by this are avoiding some of the worst effects which people will experience here. This will affect churches and other community groups, not to mention local food banks: how are we going to be able to support those who will be suffering most?

And again, it’s wrong to say that all this is inevitable, or that those in power in government or in the energy companies are helpless; it’s about sin, like so many things in life. And sin doesn’t have to happen. As in El Salvador, perhaps this is an act of violence against the poor, the poor whom God loves.