The Earth is the Lord’s 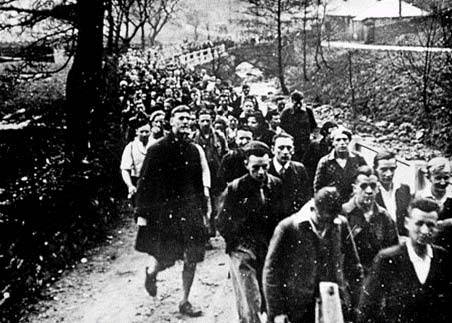 These words are a quotation from the Compendium of the Social Doctrine of the Church and one of the earliest encyclical letters of St John Paul II, from 1981, the one he wrote about the world of work with the Latin title Laborem Exercens. They are worth recalling because this weekend, which contains the feast day of St Francis of Assisi, sees the conclusion of the new Season of Creation, instituted recently by Pope Francis (alongside other Christian leaders) which began on 1 September. The Holy Father has repeatedly reminded us that the current Covid-19 crisis demands a response in terms of how we look at our care for this planet and the created order. The way we’re damaging the environment is linked to this pandemic and the ways in which it has spread.

How we respond also needs proper control and regulation over and against often exaggerated and flawed notions of human freedom; it will also need qualifications to people’s obsessive attachment to private property. The deaths and sufferings of the last few months should have enabled people to focus more on the common good, on the welfare and safety of the whole of society: it should have enabled us to become a little less selfish. When we look at the beautiful and wonderful world in which we live – and perhaps by being able to have some walks we have been able to appreciate this more (and some of us have not done this enough) – we can gain a new perspective. But perhaps you have come across a sign saying ‘Trespassers will be prosecuted’.

Of course, just as devotion to St Francis can sometimes be rather sentimental and cloying, so if we’re not careful we can be sentimental about the created world as well. And yet issues to do with how we treat the earth are usually marked by conflict: and one of these is the right to walk and roam. This should be an important issue for us in this parish as we have a parish walking group; there is also a national Catholic Ramblers group, named after Pope Pius XI, Achille Ratti. The issue is also topical because the illustrator and cartoonist Nick Hayes has just brought out a striking book entitled The Book of Trespass Crossing the Lines that Divide Us (Bloomsbury, £20). Hayes looks challengingly at the whole history of land ownership in this country, since so much of it was parcelled out among William the Conqueror’s nobles a thousand years ago; he looks also at land enclosures, the contrived and fictitious concept of trespassing and the violence and nastiness of rural blood sports. His narrative follows his various attempts to challenge the current system and the book contains his own illustrations of some of the places he describes. At the heart of the book’s narrative is a challenge to conventional ideas of ownership and a strong assertion of the right of people to roam, to walk, in the countryside. An important event in the battle for this was the ‘Kinder Trespass’ in the northern Peak District in Derbyshire in 1932, shown here.

In the Bible and the Christian world view, the earth, the land on the earth, belongs first and foremost to God. We are given it as stewards, to care for it properly, to treat it responsibly and with respect – this is what Pope Francis teaches us in his 2015 letter about the care for creation, Laudato Si’. Through-out history the rich, those who claim ownership of the land (often in absolute terms) have repeatedly tried to exclude others from enjoying this land, often with violence. Such claims of absolute ownership of land are viewed with reserve and suspicion in the biblical and Christian world view: as so often, what we are up against is greed and selfishness, contempt for the poor whom God loves.

So give some thought this weekend, as we complete the season of creation, to issues of land use and roaming, drawing on the teachings of Pope St John Paul II – perhaps our parish walking group will undertake a ‘trespass’; and you might want to buy Nick Hayes’ book.