The Assumption of the Blessed Virgin Mary

On the 15th of August every year we celebrate the Solemnity of the Assumption of the Blessed Virgin Mary, which is a clear example of the fulfilment of the promise that Jesus Christ gave us. For centuries it has been a long-standing traditional belief for Christians, and on November 1, 1950 Pope Pius XII, proclaimed it a dogma of the Catholic Church. The Apostolic Constitution Munificentissimus Deus (44), declared that “…the Immaculate Mother of God, the ever Virgin Mary, having completed the course of her earthly life, was assumed body and soul into heavenly glory.” So even though the tradition existed for centuries, it was relatively recently that the belief of the Assumption of Mary was proclaimed as divinely revealed dogma of the Catholic Church, which is infallible and also ‘ex cathedra’, meaning ‘from the chair’ of St. Peter – defined by the Pope himself. 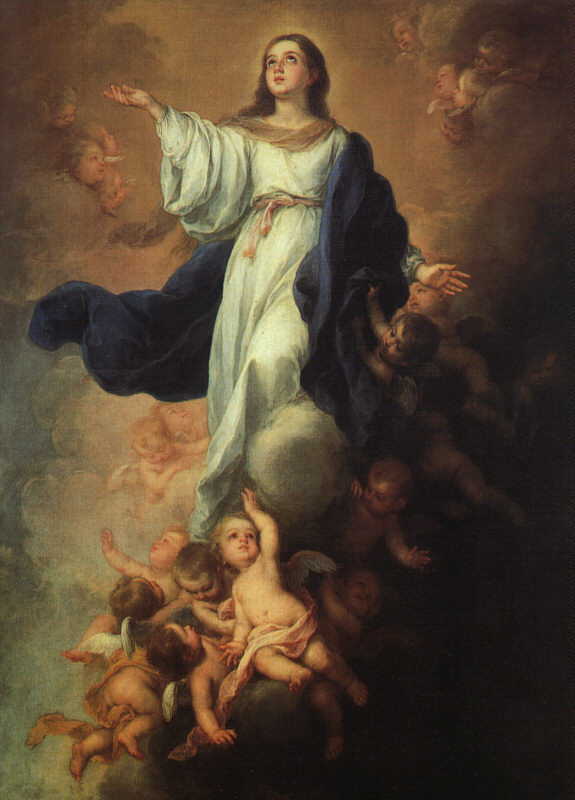 Sometimes, it is difficult to grasp the teachings of the Church, especially when we try and apply our own logic to mysteries like these, The Assumption is the Fourth Glorious Mystery of the Holy Rosary, with the subtext “All generations will call me blessed, for the Almighty has done marvels for me”. No wonder then that Mary was honoured with this special gift from God. She was chosen by God from the very beginning, and was Immaculately Conceived – was born without original sin, so apt for a woman who would carry God’s son in her womb. She, just like each one of us, had free will, yet she said ‘yes’ to God’s will for her without hesitation. Similarly, we need to keep in mind that we did not choose Christ: he has chosen us and we are free to choose to say ‘yes’ to his will or follow our own. The reward for following God’s will is manifested in the feast we celebrate today, eternal life in heaven in the presence of God our saviour, a reminder that the same glory is in store for us in anticipation of the Resurrection of those who have submitted to God’s will.

“In this world nothing is certain except death and taxes”, is an idiom that many of us might be familiar with. Death is certain, eternal life is a promise – not a guarantee, and only God who is most merciful will be the judge of that. In order to receive this mercy, Mary shows us the way in terms of accepting God’s will and living life with humility and concern for our sisters and brothers, so that we might one day, like Mary, be exalted in God’s glorious presence. After all the promise of life after death in the house of God is real “… I shall dwell in the house of the Lord my whole life long.” (Ps. 23:6). And furthermore, “In my Father’s house there are many dwelling places. If it were not so, would I have told you that I go to prepare a place for you?” (Jn. 14:2).

There are quite a few questions which came to my mind as a child when considering the Assumption of Mary. Did she really die? Did Mary really die? If she died, then how come she was not buried and how did she get taken into heaven straight away? If she did not die, then how come she went to heaven, because you have to die first before you can go to heaven. It is a difficult concept to get your head around or even explain using common logic. The bottom line is that even though we are not free from original sin like Mary, she showed us the way to achieve salvation by surrendering to God’s will when she said ‘let it be done unto me according to Thy will’.

When man first landed on the moon, it became one of the greatest achievements of the time. “A small step for a man a giant step for mankind…” was how Neil Armstrong put it. What Mary has achieved far surpasses that small step and is a far bigger achievement for humanity and people of all nations across the world. The good news is that such an opportunity awaits each and every one of us who are willing to surrender to God’s holy will. We pray that this feast be an inspiration for us to try and imitate our Mother Mary in responding to God’s call, whatever it may be and give in freely to his will for us.