Prayer, Relationship and the Treasure Within 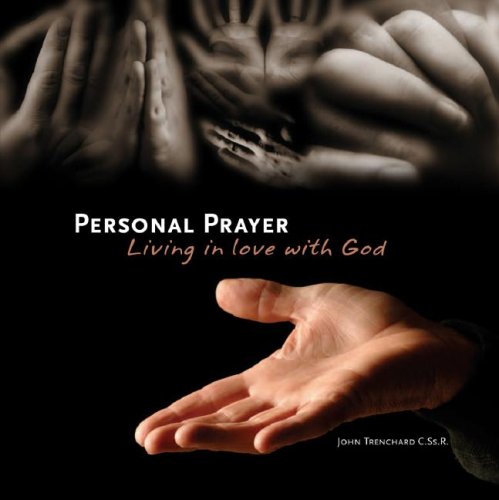 There has been quite a lot of mention about prayer and fasting this past week. How was your experience on Pope Francis’ day of prayer, fasting and good works?

Recently I have been dipping into a wonderful book by John Trenchard C.Ss.R entitled Personal Prayer: Living in Love with God and in it there is a beautiful story which runs as follows:

A story is told of an obscure Jewish rabbi, Isaac son of Jekel who, several hundred years ago, lived in great poverty in a single-roomed house in Krakow. One night he dreamt vividly of a treasure buried beneath the bridge leading to the royal palace at Prague. Three nights running he dreamt the same dream and, unable to dismiss it from his mind, he determined to make the long journey to Prague on foot in search of the treasure.

When he reached the city, however, he was bitterly disappointed to find the bridge guarded by soldiers and the treasure, if indeed there was any treasure, totally inaccessible. As the rabbi stood there in dejection, the captain of the guard took pity on him and asked him what the trouble was. So, he related his dream. The captain of the guard laughed. “You should not pay attention to dreams,” he said. “Why, only the other night I had a dream about treasure. It was buried in the house of a man I had never heard of; a rabbi named Isaac, son of Jekel who lived in Krakow. But no sensible man pays attention to dreams.”

The rabbi listened with inward astonishment. He bowed low and thanked the captain. Then he set off with all haste to Krakow and when he reached home he began immediately to dig in the corner of his room behind the stove. Eventually he unearthed a treasure sufficient to end his poverty.

Jesus told many parables to help his listeners understand what he was trying to convey. The story of Isaac, a Jewish rabbi, is I think very telling and one that we can easily relate to. Many of us are constantly looking around for something or someone to bring us contentment, always searching elsewhere for a treasure that will satisfy all our needs. However, what we fail to realise is how close this ultimate treasure is. Isaac found his treasure at home, the very place he had started out from. But we can say, because God desires to be close and intimate with us, that God isn’t only ‘close to home’ so to speak, but at home, living in us. God is everywhere of course but has made his dwelling place in you and me. Our hearts were made for the indwelling of the Holy Trinity.

Following on from this it is therefore quite natural for us to want to form and develop a relationship with God who desires to be close. Prayer can be many things but primarily it is the sincere search for a relationship with God, and I think to begin with we need to understand it is what God is doing rather what we are doing. Mother Mary Clare, an Anglican nun, in her book, Encountering the Depths, puts it very well when she says, ‘Prayer is God’s activity in us, not a self-activated process of our own’.

This doesn’t mean that we don’t say our set prayers and that we stop asking God for things and expressing our gratitude. These things flourish from a foundation of God being God, of each one of us allowing Him free reign. But this of course means that although the ride can be smooth, it can also be bumpy. Mother Mary Clare says, ‘At the beginning of our learning to pray, therefore, we must relate prayer to conversion of life, true metanoia. Prayer, which is the fruit of true conversion, is an activity, an adventure, and sometimes a dangerous one, since there are occasions when it brings neither peace nor comfort, but challenge, conflict and new responsibility.’

Are we ready for this?