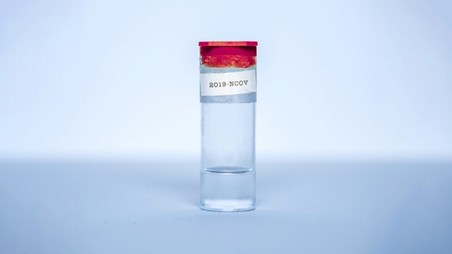 FIFTY-FIVE YEARS AGO, one of the final documents of the Second Vatican Council contained these words: ‘Humanity judges rightly that by his intellect he surpasses the material universe, for we share in the light of the divine mind. By relentlessly employing his talents through the ages we have indeed made progress in the practical sciences and in technology and the liberal arts. In our times humanity has won superlative victories, especially in the probing of the material world and in subjecting it to itself. Still it has always searched for more penetrating truths, and finds them’. While we might worry today about what some people might understand by ‘subjecting’, this is an important affirmation of scientific enquiry. The Church and the world of science have not always had an easy relationship, and in our own age we will insist, as in every area of life, that ethical standards are followed, but the Church is in dialogue with scientists and respects what they discover. The best example of this affirmation is Pope Francis’ 2015 encyclical Laudato Si’ about care for creation. The pope, probably the first pope to have a degree in physics, made it clear that faithful Catholics can’t be ‘climate change deniers.’ The Church, which has always promoted high quality education, will have no time for politicians who say things like ‘People in this country have had enough of experts’.

So respect for medical and scientific evidence during this pandemic has led the Church to encourage people to follow advice they are given, in the interests of the Common Good; and we have also accepted restrictions on public worship – but for the recent cessation of public worship, mercifully about to end, we tried to seek out what the evidence was to justify this step, without much success. But overall Christians are no more likely to be among those denying what this virus is about than we are to be among those denying climate change, if we’re considerate towards other people and not selfish.

Therefore with others we will be thankful about the recent announcements about the development of three vaccines against Covid-19. As with other vaccines there are some ethical concerns, addressed recently by the Bishops Conference (Catholic Bishops Conference of England and Wales (cbcew.org.uk), and it has been made clear that we can take these vaccines with a clear conscience, even when we have reservations. Moreover, Catholics will want to insist that distribution of the vaccine is not carried out worldwide in the interests of the rich. Being thankful to God after these last very difficult months is what really matters, and as Advent and a new year in the life of the Church is beginning this weekend, we’re offered a new beginning and a path out of sadness and the danger of death. Human reason and intelligence which leads us in scientific and medical enquiry is a gift from God (and I write this is as one who was terrible at Science subjects at school).

We are created in the image of God as a free act of love on his part: this means that our use of these gifts, if we do so ethically, reflects God’s nature; as Vatican II says, we ‘share in the divine mind.’ This phrase helps us understand the doctrine of the Incarnation. Because Jesus Christ is both fully God and fully human, we believe that he bridges the gulf between God and humanity; the early Church Fathers write of humanity being ‘deified’ and taken into the Godhead. This is why mainstream Christianity sees humanity as noble and exalted – though scarred by sin – rather than dirty and contemptible. This dignity which we possess as God’s children, created in his image, is at the heart of our moral teaching, not least in relation to the ethics of healthcare provision at this time. For these reasons we should be thankful to God for the advances which have been made in different parts of the world (there’s no excuse for flag-waving) on the basis of international cooperation. These advances speak to us of the gifts of ingenuity which God gives us, a sign of his love; and we share in the mind of God because of Jesus Christ. Please pray at this time for those completing the vaccine trials and those who will be responsible for their manufacture and administration, here and all over the world.