At the Heart of the Church

St Edmund's RC Church, Beckenham > Sermons > At the Heart of the Church

Several years ago, during the New Dawn Charismatic Conference at Walsingham, I was asked to visit a travelling community’s campsite just outside the village. There had been some tension between the owner of the field and the visitors. It was thought that if a priest took the time to say a few prayers with them and bless their families, perhaps the situation would calm down and the travellers move on peaceably. The visitors had agreed I could come.

It was a cold and dank night when I arrived at the camp and I was grateful for the company of a friend of mine, a burly Irishman who was not only acquainted with some members of the community but even more importantly was highly qualified in one of the martial arts!

As it turns out I needn’t have been concerned. Doors opened and young and wizened faces peered out into the darkness, objects were held up for a blessing, young women turned their new-born infants towards me. There was the occasional faint smile but for the most part expressions were serious. In all my encounters that evening hardly any words were spoken but as I left the site I felt from them an air of silent gratitude.

As I reflect upon that nightly visit to a community of strangers and a way of life I barely knew, I realise what I encountered was a cautious respect for me and a reverence for what I was doing. There was no red carpet laid out as I arrived so to speak, and why should there be, but I knew I was valued and welcome.

These are the words of Pope St Paul VI in his homily given at a Roma traveller site in Pomezia, Italy in 1965. 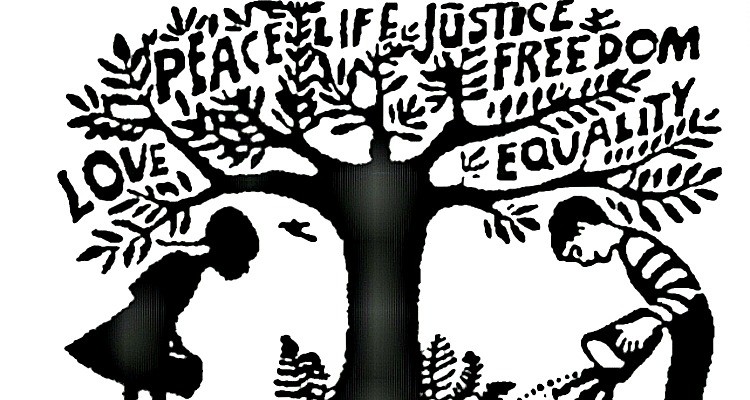 On Wednesday and Thursday of last week the clergy of the South East area of London of the Southwark Diocese were asked by Archbishop John to attend a pastoral meeting at a venue in Dartford. Fr Ashley, Deacon Sean, Deacon Duncan and I attended this meeting. What we experienced from our Archbishop and our fellow priests and deacons was both uplifting and challenging. From his talk there were references to the call from God to each one of us to be holy and to go out as missionary disciples in the mission of the Church, to be in close friendship with God and each other, for our inner life to be vibrant and alive and the courage to go where God sends us in order for him to find us.

Archbishop John’s words were addressed to the clergy but so much of it applies to all of us. On this Racial Justice day let’s hold out the hand of friendship to all peoples that they will know with certainty they are valued, welcomed and loved.