I AM FORTUNATE to have been, forty years ago, a student at the Oxford college where John Henry Newman had been a Fellow and Tutor for over twenty years in the early 19th century. For anyone with even a vague knowledge of the history of Christianity in this country this was a great privilege: Newman was one of the most important religious and literary figures of 19th century England. His canonisation this Sunday by Pope Francis in Rome, attended by most of the bishops from here and hundreds of pilgrims, is a very important event in the life of the Church in this country. It is the first canonisation of an English person since the Forty Martyrs were raised to the altars in 1970, and the first of a non-martyr from England for many centuries. Many of you were at the Mass in Birmingham nine years ago, not far from his original burial place, when Pope Benedict XVI beatified him. Most of the illustrations around this weekend are of him dressed as a cardinal in old age: this picture is of Newman as a young Oxford don. 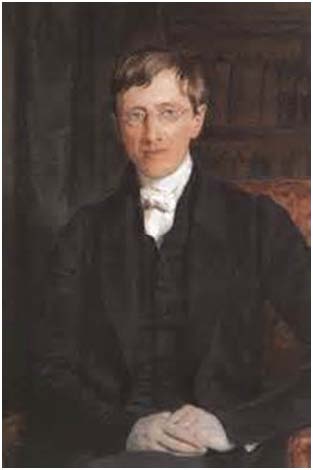 There is no shortage of material available from various sources about our new saint, and there is so much one could write about him that it’s difficult to know where to start. There are (at least) two new and affordable books which have appeared – one by Mgr Rod Strange, who was Fr Steve’s seminary Rector in Rome, Newman: The Heart of Holiness, and one by the great Professor Eamon Duffy from Cambridge, John Henry Newman: A Very Brief History. I suppose for those of us who have converted to Catholicism he is particularly special because he took that step himself, rather dramatically and at a time when it was far more costly than it is today; for in 1845 he was a significant national figure, and his last decade in the Church of England had been controversial. He wrote one of his best-known books about the whole process, his Apologia pro Vita Sua, in response to a charge of dishonesty some years later from Charles Kingsley (the author of The Water Babies), so we are well informed about why he did it. It is also worth remembering that at a time when converting to Catholicism entailed being cut off from family and friends, Newman tried hard to retain friendships with the major Anglican figures who had been his colleagues. His feast day, last Wednesday, is the anniversary of his reception into the Church in 1845.

The second thing which is important now, linked in a way to the process of his conversion, was his insights about how Christian doctrine develops during the history of the Church. The essential core remains the same, but in other ways our understanding of those truths is not static, but grows and matures. This insight is part of what makes him a great theologian and it was influential in the drawing up of the documents of Vatican II: a theologian who has always admired him is Joseph Ratzinger, Benedict XVI. For all his stress on development, he was all his life an opponent of what he saw as liberalism in religion.

But these things don’t make a saint. What comes across in all his prolific writings is his holiness, humility and trust in God, and it is these virtues which are particularly important this weekend; Cardinal Nichols has also stressed Newman’s devoted ministry as a parish priest in what was then a poor part of Birmingham, for most of his life as a Catholic. But let St John Henry Newman speak for himself. As Catholics we’re familiar with Praise to the Holiest in the Height, from the great Dream of Gerontius. We probably sing less often the hymn he wrote as an Anglican, in 1833. As we honour this great English saint this weekend, we’re conscious that we’re at a dark time in our country’s history; so these words might be helpful as we ask him to pray for us and for our country:

The night is dark, and I am far from home,

Keep Thou my feet;I do not ask to see

The distant scene; one step enough for me.

I was not ever thus, nor prayed that Thou

Shouldst lead me on;

I loved to choose and see my path, but now

I loved the garish day, and spite of fears,

Pride ruled my will; remember not past years.

So long Thy pow’r has blest me, sure it still

Wilt lead me on,

O’er moor and fen, o’er crag and torrent, till

The night is gone,

And with the morn those angel faces smile,

Which I have loved long since, and lost awhile.