A Voice for Victims of Sexual Abuse

Three years ago I was on a retreat for members of the clergy. During a session assigned to discussing current issues in our ministry, I asked how colleagues were responding to their parishioners’ concerns about the scandal of sexual abuse of children, young people and other vulnerable people within the Church. My question was met with silence until one priest said, ‘It doesn’t really seem to be such an issue as far as lay people are concerned: none of my parishioners has raised the subject with me.’ Those of the other priests there who then chose to speak agreed with him.

This view of apparent widespread indifference by the laity did not square with my own experience. Parishioners I have spoken with have often used passionate language when speaking of abusers and of those who connived with them in denying or covering up the truth. Taking bolt-cutters to the perpetrators, or locking them up and throwing away the key, were some reactions. Another parishioner said to me, ‘If women had been involved in the running of the Church, none of this would have happened because the abusers would have had nowhere to hide: they would have had no chance to cover up their crimes.’

And yet, for all the outrage, anger and dismay on the part of the laity, I can understand – just about – that priest’s complacent view that the scandal of sexual abuse did not appear to feature on the laity’s agenda. That is because, to all intents and purposes, the laity do not have a real voice in the way the Church is run, or else, as individuals, they are often too timid to take issue with their clergy. If you have not been given a voice, if you have not found your voice, then your voice is not going to be heard. The result is an over – concentration of power in the hands of the clergy – clericalism – and it is to such a state of affairs that Pope Francis attributes the scandal of sexual abuse and the systematic covering-up of the crimes. He spells it out in his 2018 Letter to the People of God:

Clericalism, whether fostered by priests them-selves or by lay persons… supports and helps to perpetuate many of the evils that we are condemning today. To say “no” to abuse is to say an emphatic “no” to all forms of clericalism.

In other words, where the voice of the laity is excluded, where the laity have been rendered docile, subscribing passively to the myth that ‘Father knows best,’ clericalism and its attendant vices can flourish, creating, in the words of one victim of abuse with whom I have been corresponding, ‘the perfect storm’ of sexual abuse and cover up.

It cannot be denied that the Church has taken steps to tackle cases of abuse that have emerged and to guard against such evils in the future, through revised recruitment and safeguarding procedures and much greater lay involvement in overseeing and processing cases. But all this has taken place against a background of resistance within parts of the Church, and what has been achieved is widely seen by those who have been abused and by their champions as too little too late. And if there is any doubt about this, the Tablet reported only three weeks ago that Ampleforth College had failed its latest Ofsted inspection because, according to Ofsted, ‘A culture of safeguarding is [still] not embedded.’ In other words, and we can be sure that Ampleforth is not alone here, it looks as though such improvements and changes as have been made represent not so much a root and branch reappraisal of how the Church operates, as strategies bolted onto an under-lying culture of resisting radical reform. That culture needs to be challenged in line with Pope Francis’s condemnation of clericalism.

At St Edmund’s we will soon be re-launching our programme of Divine Renovation, in which parishioners will be invited to make their voices heard and to participate more fully in the work and mission of the parish. Yes, it will involve a shift in our collective culture, but even though we are just one parish, it is surely at parish level that reform of the wider Church has to start.

Well, that is for the future, but what is to be done now? Our first priority as a Church cannot just be about doing what we can to prevent sexual abuse from occurring in future: we have an overwhelming duty towards all those we, as a Church, have let down in the past. Not surprisingly, many of those who have been abused within the Church and its schools have shunned the Church in which they should have found truth, comfort, peace, love and goodness, but received instead humiliation, violation, rape, rejection and denunciation as liars. But there are many victims who still cling to the hope that they will be able to find a home and healing within the Church. Sadly, however, a recurring lament by many of these victims is that they find little real support as they struggle to face each day: when your life has been stolen from you, through the violation and destruction of everything that normal life depends on – love, trust, self-esteem, hope – it cannot just be a case of trying to ‘get on with your life’: it is more about trying to re-find your life. Support networks, mostly run by victims themselves, are often a lifeline, sometimes the only lifeline. If the mainstream of the Church that was the root-cause of all their problems is to be of any help, victims must find in the Church people who can help them to find once more those precious gifts of love, trust, self-esteem, hope. Victims themselves have told us this.

Yes, the overwhelming majority of decent people in the Church may well feel shame or helplessness in the face of what clergy and religious have perpetrated, and they may well ask if the Church that was the problem can ever become a part of the solution. But many victims genuinely and passionately hope that we can hold out our hand to them. Love is not rocket-science. When at St Edmund’s we prayed the Way of the Cross for victims and held a day of prayer for them, victims got in touch to say that even such simple gestures as these helped with the process of healing, for they took comfort in knowing that there are people ready to walk with them. As one victim said of our prayer services, ‘Thank you for walking with victims in this way, not many are willing to do so.’ At St Edmund’s let us continue that walk, step by step. 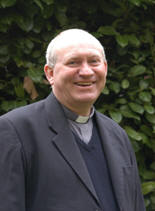